Home  |  Features  |  News  |  Koenigsegg One:1 Crashes on the Nurburgring, Will Be Rebuilt
Subscribe to the Free

Koenigsegg One:1 Crashes on the Nurburgring, Will Be Rebuilt

Only seven copies of the One:1 were built 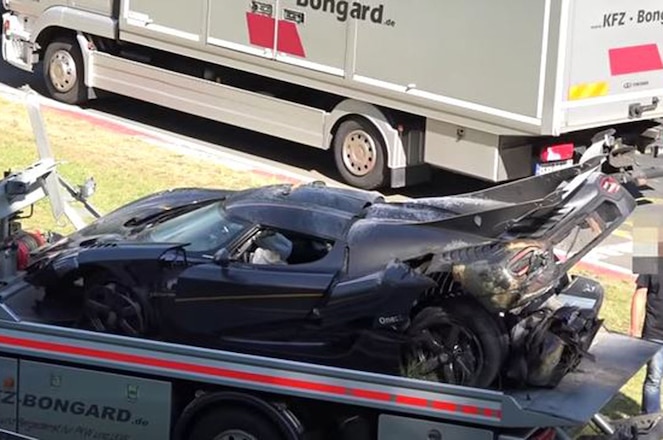 Sadly, Koenigsegg has destroyed one of seven copies of its outrageously powerful hypercar. This week, a One:1 crashed on the Nurburgring and suffered major damage, but it seems the automaker is intent on rebuilding the multi-million-dollar hypercar.

The Koenigsegg One:1 was prepping to set a new lap record on "The Green Hell" when it crashed. Currently, the record belongs to the Porsche 918 Spyder, which lapped the 'Ring in 6 minutes, 57 seconds back in 2013. 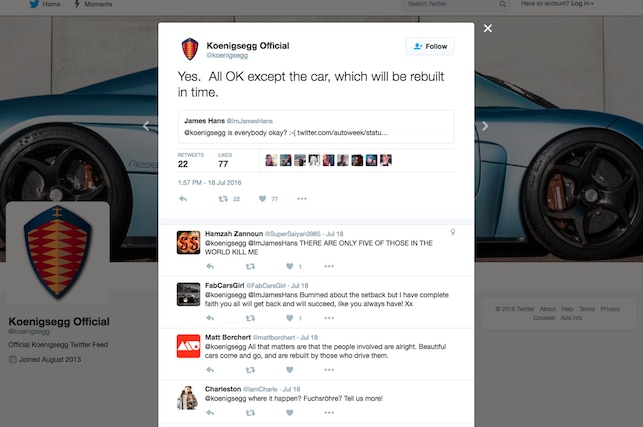 Fortunately, the driver was able to walk away from the terrible crash. "This incident is confirmation of just how difficult it is to drive at this level on the world's ultimate proving ground," Koenigsegg said in a statement. "Obviously we are dismayed with this development but pleased that our safety systems worked as designed to protect our driver." This isn't the first car Koenigsegg has crashed on the Nrburgring.

In the comments section below the release, a reader asked Koenigsegg if the car would be rebuilt. Steven Wade, copywriter for Koenigsegg, wrote, "Absolutely. Yes." Koenigsegg also tweeted yesterday, "All OK except the car, which will be rebuilt in time."

Koenigsegg One:1 Crashes on the Nurburgring, Will Be Rebuilt
Photo /