Limited edition supercar is one of 40 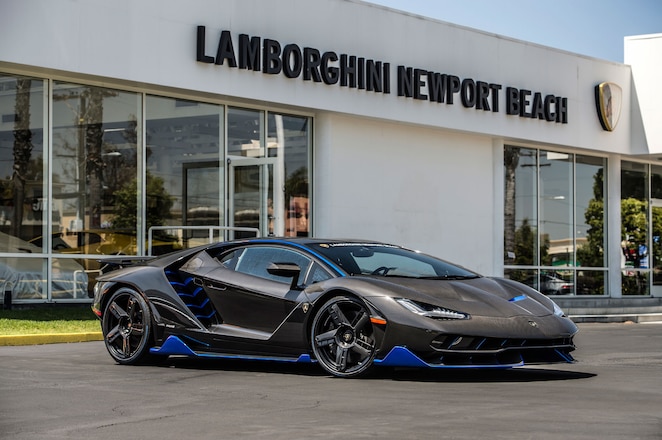 The first Lamborghini Centenario in the United States has been delivered to its owner in Newport Beach, California, and it has been personalized with Blu Nethuns exterior accents adorning its carbon fiber body.

Inside, there's black leather and Alcantara upholstery accented by blue stitching and embroidery, as well as a blue center console. Despite the car being extremely exclusive, buyers areable to customize their Centenario with any color scheme via Lamborghini's bespoke Ad Personam division. 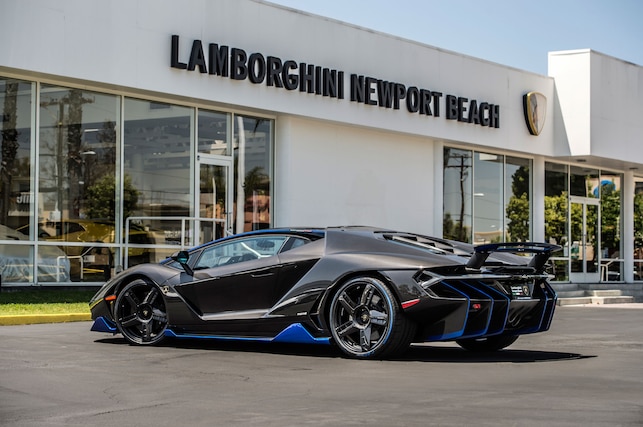 Powering the Centenario is a 6.5-liter V-12 rated at 759 hp and 508 lb-ft of torque, and it's paired exclusively to a seven-speed Independent Shifting Rod transmission. Like the Aventador SV that it's closely based on, the Centenario puts its power down through all four wheels and has a top speed of 217 mph. Lamborghini says that the Centenario will be able to hit 0-62 mph in 2.8 seconds and weighs 3,351 pounds thanks to its carbon fiber body. The limited edition car went into production to commemorate the 100-year anniversary of founder Ferruccio Lamborghini's birth.

Deliveries of U.S.-spec Centenarios will continue throughout the year. 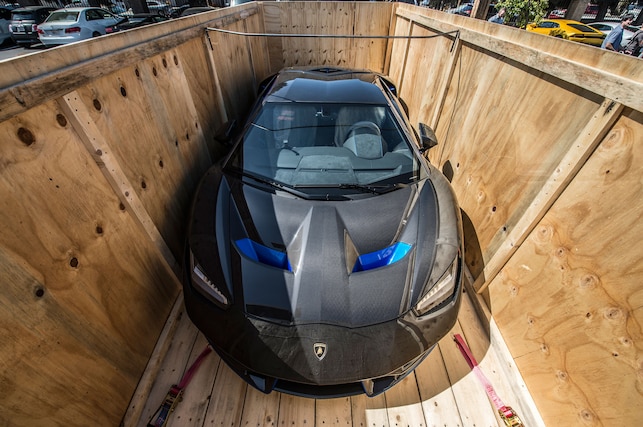 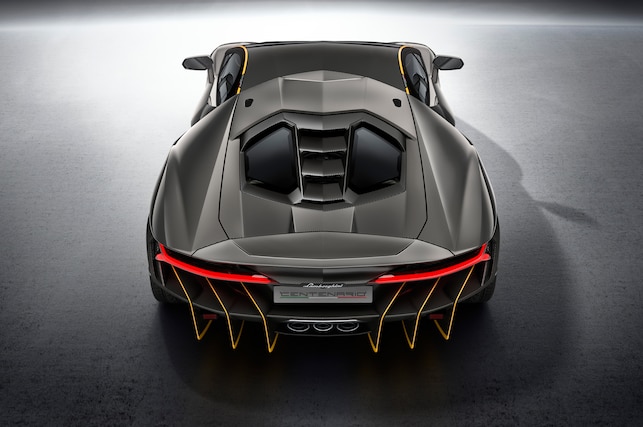