Posted, then deleted, the internet stays winning with leaked images of the upcoming Z-car. 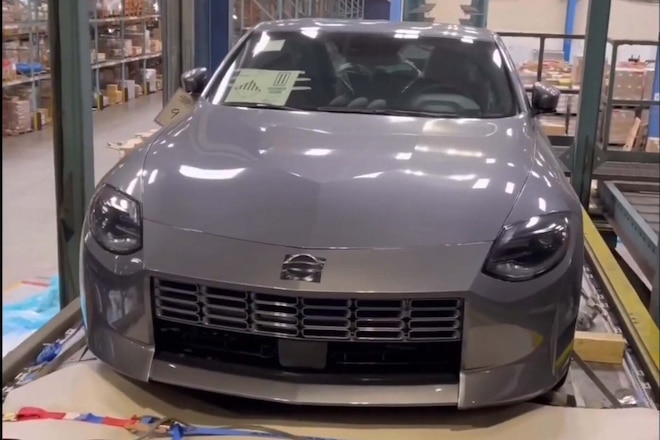 Super Street: These photos of the assumed production model of Nissan's upcoming continuation of the Z-car line have been blazing throughout the interwebs for a few days now. One thing is for certain, that Z-Proto vehicle that toured various regions last year was pretty damn close to the real deal. We even spent a little time playing around renderings to get an idea of how it might look lowered, with wheels and even a few body mods.

Shown in both silver and grey, neither model carries the 400Z badge that most assume will accompany the new generation Z, but the quarter panel badges, covered up with tape, are certainly there. Inside the cabin, you'll notice the absence of a manual shifter, though that doesn't mean it won't be an option and the digital-heavy dash, like the exterior, mimics that of the Z-Proto. I know what you're thinking, Nissan should have hired you to design this car but alas, they went with professionals that have done a little more than creating cars on Forza, and this is the result. Though it gets a ton of hate on social media, take that with a grain of salt as basically any new car prototype or production debut is met with absolutely hatred because, well, internet. 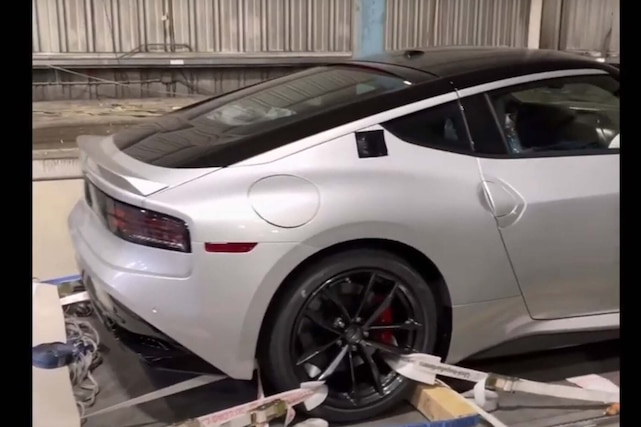 Motortrend: Instagram user laidoutdc4 posted photos and a video showing what appears to be a production 2022 Nissan 400Z being unloaded after shipping, though the images were remved soon after. The photos echo what we've seen in leaked patent images of the production 400Z, meaning the sports car we see here—the one that'll soon go on sale—will look a lot like the yellow Nissan Z Proto concept we've been drooling over these past few months.

The primary difference between the silver Z car in the photos and the show car is the addition of regulation-satisfying side-marker lights on the quarter panels and inside the headlight housing. This gray Z has a deck-lid spoiler that isn't present on the concept, and the silver highlights on the grille are more prominent.

Oddly enough, one thing we don't see is a "400Z" label—though the badges on the exterior are taped over, it's pretty obvious these are the same Nissan and Z emblems that adorn the concept. Today's Z is labeled a 370Z, on account of its 3.7-liter V-6 engine; the 400Z moniker is expected, given the 400-hp-ish twin-turbo V-6 under the Z Proto's hood that we anticipate will carry over to the production model. 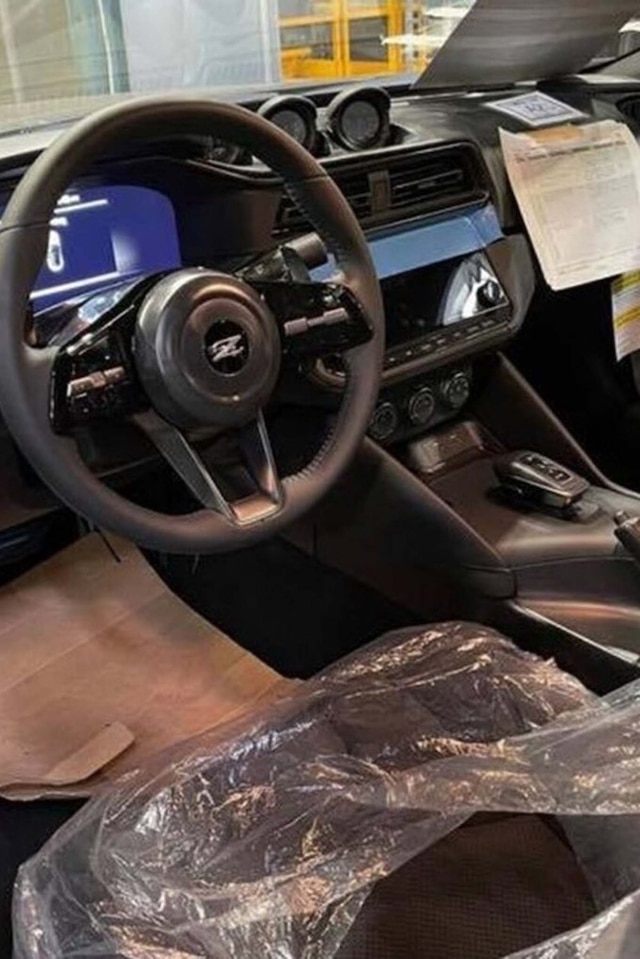 The leaked photo set includes an interior shot, too. This particular Z apparently has the seven-speed automatic transmission, with what looks to be an airfoil-shaped transmission selector. It's a nifty design that looks rather lonely in the large space which would otherwise be taken up by a proper gear selector. It's interesting to note that even with an automatic, the Z retains its mechanical handbrake. We expected paddle shifters for the automatic transmission, and we can see them prominently featured in the photos.

We don't see much in the way of the body-color-matching contrast stitching that adorns the Z Proto's interior, and the seats appear to be upholstered in cloth. That leads us to believe this is a lower trim level, and with that in mind, it's nice to see that the rest of the cabin appears to keep the promises made by the concept. 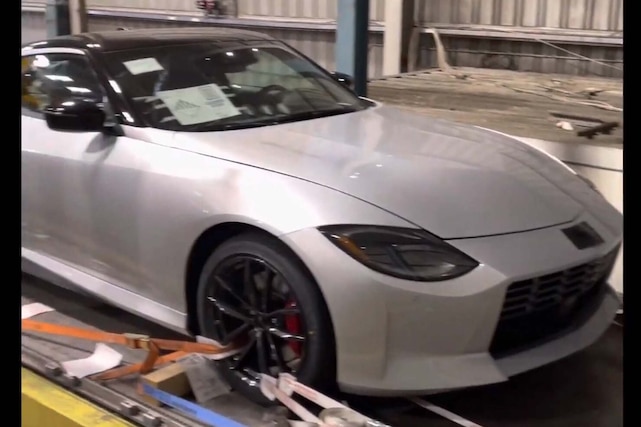