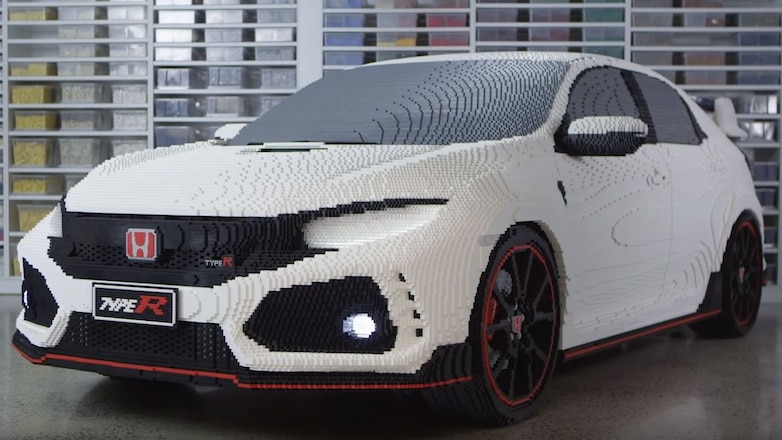 The same group that brought us a special Honda Civic Type R with gold bodywork is now showing off a life-size Lego version of the sports car. Honda Australia has commissioned this beauty, which took more than 1,300 hours to build.

Led by Lego-certified professional Ryan McNaught, a team of nine assembled each brick by hand. All in all, more than 320,000 Legos were used. Honda says the most difficult parts to assemble were the delicate windshield wipers, and the rear spoiler that needed some structure to stay up. Underneath, there is a steel frame supporting the structure of the Legos.

As impressive as this creation is, we have seen other life-size Lego cars that are just as stunning, or even more so. This sizzling McLaren Senna is made of 467,854 Lego bricks, and this Bugatti Chiron is actually drivable. Yep, it can accelerate to just over 12 mph.

The Lego Honda Civic Type R celebrates the automaker's support of the show Lego Masters, set to launch in Australia later this week. Meanwhile, the model will make appearances across Australia in the coming months.