High-performance LC should be just around the corner 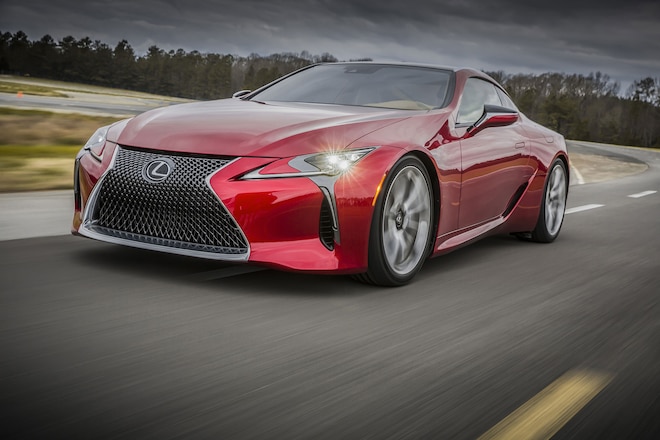 If there was ever any doubt Lexus was planning a full-blown F variant for the LC coupe, that can be put to rest now. Toyota has filed a trademark application for the name "Lexus LC F" in Europe.

The filing was submitted to the European Union Intellectual Property Office on February 6. Four days earlier, Toyota submitted an application for "LC F" minus the Lexus branding. The trademarks were filed as Nice Classification (NCL) 12, which under the 1957 Nice Agreement corresponds to "vehicles; apparatus for locomotion by land, air, or water."

That's about all the info the documents tell us, unfortunately. But we can assume the LC F will ride on Lexus' new GA-L platform for front-engine, rear-wheel-drive luxury cars. We can also assume it will make more power than the current LC 500, which boasts 471 hp and 398 lb-ft of torque from its naturally aspirated V-8 engine. A few years back we had heard Lexus was working on a twin-turbocharged version of that engine for the LC good for around 600 hp. If such an engine is destined for the LC F, it would best the 577-hp twin-turbo 5.5-liter V-8 in the Mercedes-AMG S63 Coupe as well as the 560-hp twin-turbo 4.4-liter V-8 in the BMW M6.

We liked what the standard LC had to offer, so we're excited to learn more about what Lexus has cooking for the LC F. Stay tuned. 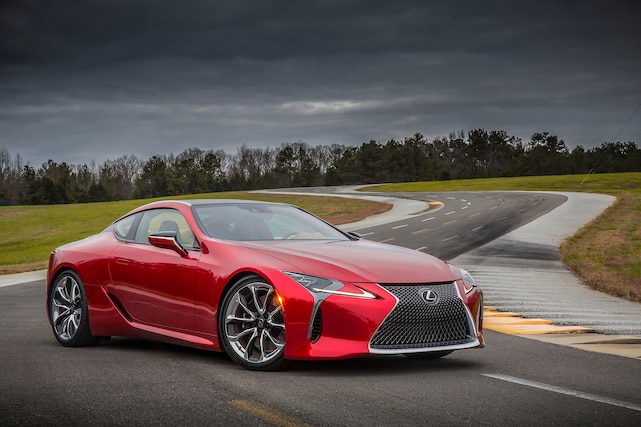