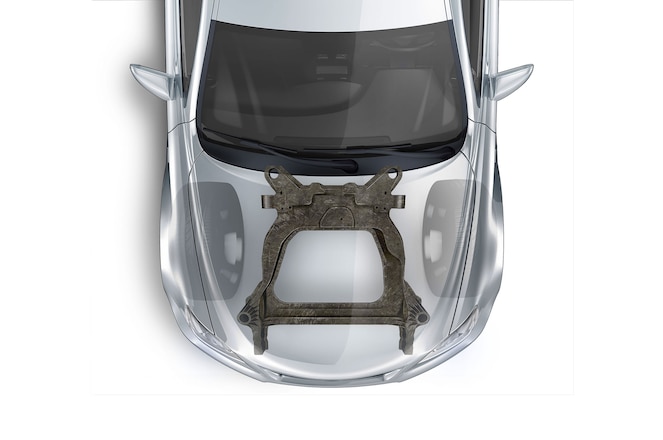 Carbon fiber is becoming more and more common in production vehicles as the auto industry races to bring weight down, and subsequently, performance and fuel economy up. We've seen it used in body panels and even wheels, but automotive supplier Magna and Ford are working together to bring carbon fiber to your next vehicle's subframe.

The jointly developed carbon fiber subframe is the result of a research and development project looking into the potential weight reduction benefits and technical hurdles of using carbon-reinforced composites in chassis applications. The subframe is an integral part of a vehicle's structure and is typically where the engine and wheels are attached. It's also a vital contributor to a vehicle's crash safety. 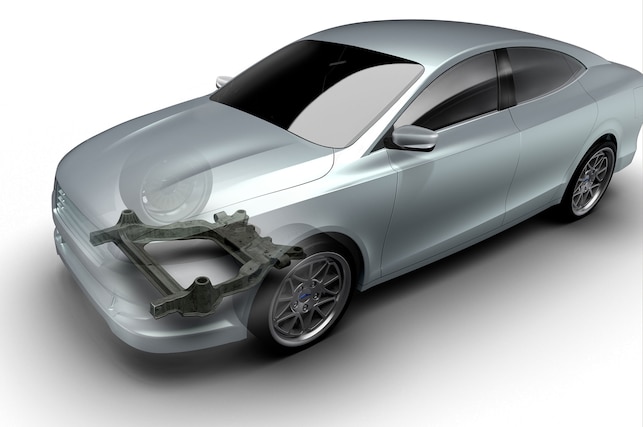 Magna and Ford's carbon fiber subframe prototype reduces mass by 34 percent compared to a stamp steel version. It also reduces the number of parts by 87 percent, replacing 45 steel parts with two molded and four metallic components. Structural rivets and adhesives are used to hold the moldings together. According to Magna, the design has passed all performance requirements in its computer-aided engineering analyses. Prototype subframes are being produced now and will be submitted for component and vehicle-level testing at Ford. The tests will evaluate corrosion, stone chipping, and bolt load retention. If the carbon fiber subframe aces those tests, the team at Magna will develop recommended design, manufacturing, and assembly processes for an eventual production unit.

What do you think of carbon fiber as a replacement for steel in your car's structure? Tell us in the comments below.