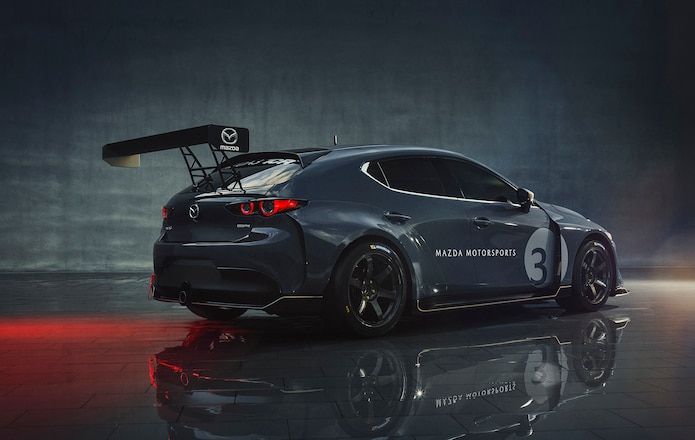 Behold the widebody hatchback that filled our feeds earlier in the week, its reason for being now perfectly clear: the buff Mazda3 is a TCR-spec racer! The new Mazda3 TCR race car will make its competition debut in the 2020 IMSA Michelin Pilot Challenge.

Unlike the standard Mazda3 that makes 186 horsepower, the TCR version pumps out 350hp from its turbocharged inline-4 and sends it through a paddle-shift six-speed gearbox. Mazda commissioned Long Road Racing for this project, the same company that builds the Global Mazda MX-5 Cup car. 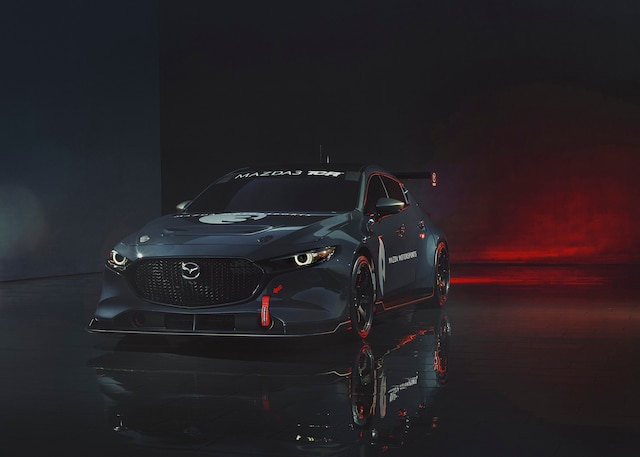 Bryan Ortiz, 2019 Global Mazda MX-5 Cup champion, has been announced as the first driver of the Mazda3 TCR. Ortiz has racked up six victories and 18 total podium finishes since joining the MX-5 Cup in 2017.

Mazda has scored 36 victories in the Michelin Pilot Challenge but it not competed in the series since the race at Lime Rock Park in 2018. The Mazda3 TCR has been homologated to compete in any of the TCR-sanctioned championships around the world.

The race car, designed by Mazda in Irvine, Calif., will make its first appearance on January 26 at the four-hour Endurance Challenge at Daytona International Speedway during the Rolex 24.