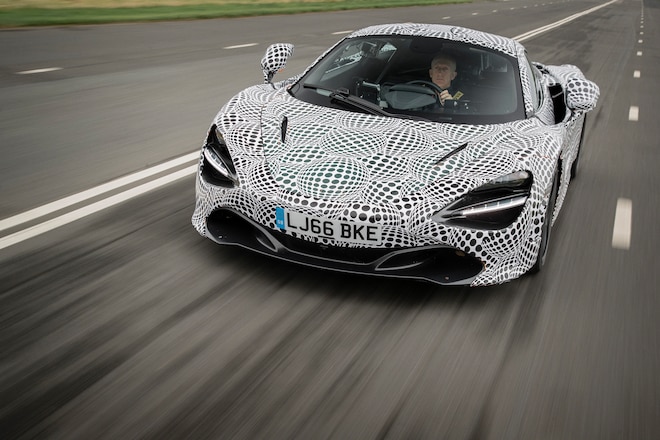 Up until now, we've only received scant details on McLaren's upcoming three-seat hyper GT car, code-named BP23. We know it will be very exclusive with only 106 cars leaving McLaren's Woking facility to be delivered to customers. It will have more than 1,000 hp—likely from a hybridized version of the new 720S' 4.0-liter twin-turbocharged V-8 and it will seat three full-grown adults.

But that's everything we've been able to pry out of the English gents and ladies at McLaren, until now. For the five-year anniversary of the debut of McLaren's Ultimate Series P1, the brand has released photographs of the development mule the company is using to test the seating position and other pieces of the BP23's development, including one of the heavily modified 720S cockpit. They feature McLaren's chief test driver, Chris Goodwin, who looks positively enthused about the upcoming hyper-GT. 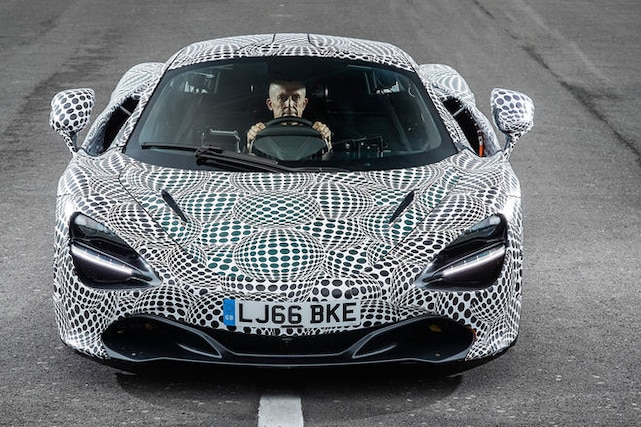 According to McLaren, the BP23 test mule's "road testing program is continuing with the creation of a center seat mule based on a 720S. The mule vehicle has been created to investigate different ergonomic solutions for the car's unique cabin layout as well as technologies that we are developing for use in the final car. For example, we are considering digital mirror technology for potential inclusion."

McLaren also stated that the company has "finalized the hybrid-powered BP23's attribute [performance] targets and can confirm that the brief we set ourselves of being 'the fastest ever McLaren' will be achieved. By what measurement, though, you will have to wait and see. Except I can say that it won't be a lap time." 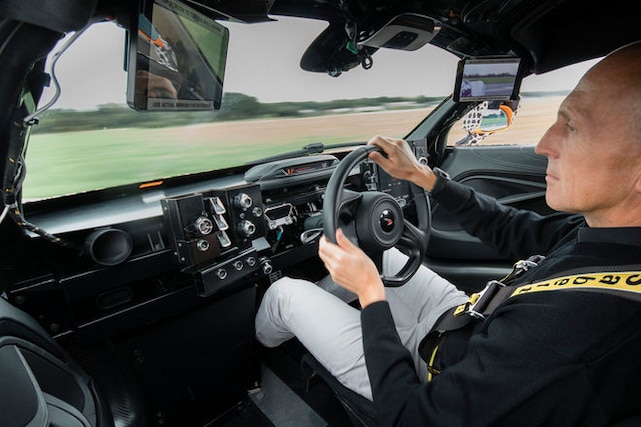 Does this mean that the McLaren will rival Bugatti's new Chiron in terms of outright speed and power? Or will it go after extreme near-race cars like the Mercedes-AMG Project One and Aston Martin Valkyrie? We do know that McLaren is working one-on-one with Pirelli to design and manufacture an all-new tire, but the man behind McLaren's Ultimate Series, Andy Palmer, wants to balance all-out performance with comfort and true GT qualities. Whether or not that means McLaren will or won't be chasing Bugatti is still anyone's guess.

However, given the fact that the original McLaren F1 had a top speed of 240 mph, we guess that the new three-seat hypercar will likely at least be able to touch its predecessor's top speed.

Or maybe McLaren is talking about setting a new metric that's wholly unique in the realm of supercars and hypercars? We'll have to wait for another year or so before we have any hard numbers or facts, but until then, we can get excited that a spiritual successor to McLaren's iconic F1 is getting the treatment it deserves and is shaping up to be one incredible machine. 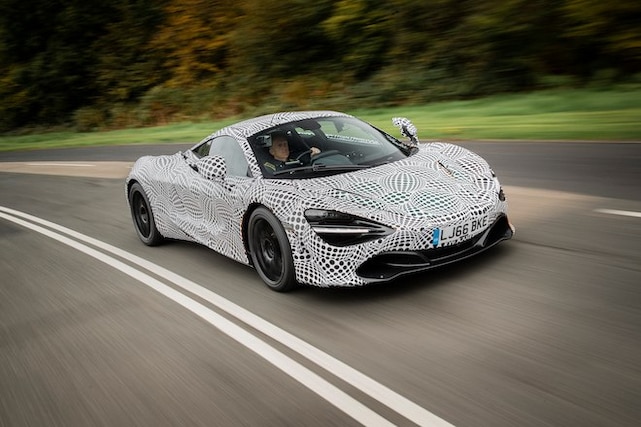