And to celebrate, Mercedes has announced a Final Edition 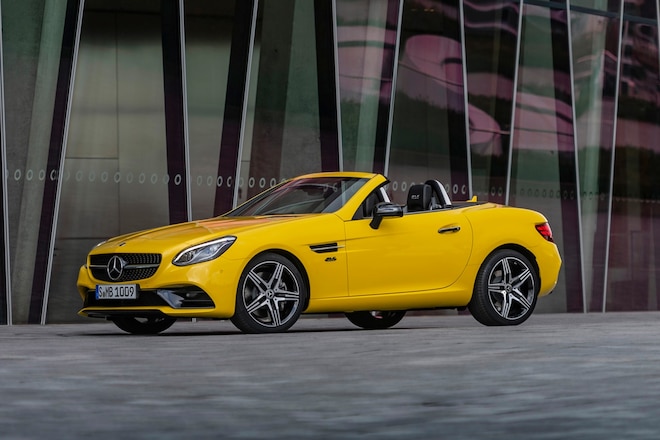 The excruciatingly drawn-out decline of the traditional sedan may be getting all the headlines, but that's not the only segment ailing in this crossover-crazy market. The two-seat convertible segment has waned for more than a decade now, and it looks like it's only getting worse in 2019. As has been initially reported nearly two years ago—and after 23 years of continuous production—the Mercedes-Benz SLC (née SLK) has been officially discontinued. A Mercedes rep tells our sister pub Motor Trend there is currently no direct successor planned. Yes, it's leaving us for sunnier shoreline roads, but not before it goes out with a new Final Edition package. 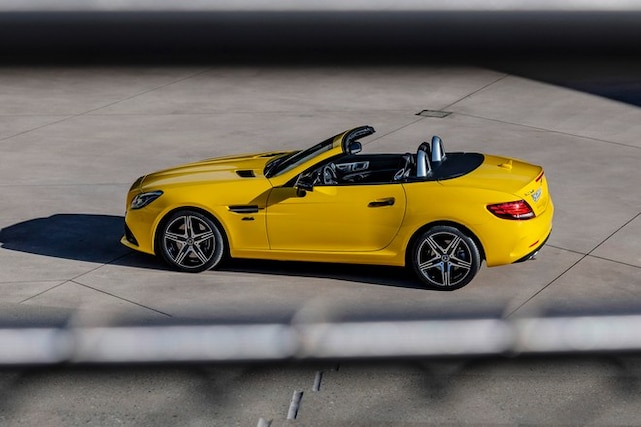 The Final Edition bundle is little more than an appearance package. It's offered on both the SLC300 and the hotter Mercedes-AMG SLC43, each coated in a trim-specific color. Despite the extremely yellow Euro-spec Final Edition in these images, all U.S.-market SLC300 Final Editions will arrive in Selenite Grey with gloss-black door handles, mirror caps, and roll hoops. Each of these will be based on the existing AMG Line package, incorporating AMG-inspired styling cues, a sport suspension that drops the ride by 0.4 inch, and a larger brake system with cross-drilled rotors. There are also Final Edition exterior badges and 18-inch AMG wheels with contrasting gloss black accents. The cabin features black and silver Nappa leather upholstery and carbon-look leather trim on the headrests and gear selector. 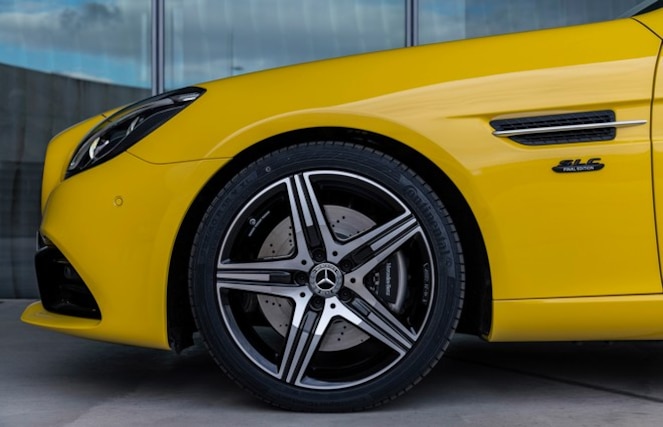 The Mercedes-AMG SLC 43 is what we'll get in the much more intriguing Sun Yellow hue, which was inspired by the Yellowstone paint available at the launch of the 1996 SLK. The same gloss-black exterior trim carries over from the SLC300, and the finish is also extended to the front splitter, intake fins, fender strakes, and portions of the rear fascia. The AMG also has 18-inch matte-black wheels with a yellow rim.

If you're not ready to pick up a Mercedes roadster before the SLC is gone and have the means, the bigger SL-class isn't going anywhere. In fact, there's a new luxe-focused Grand Edition for the SL 450 and SL 550. 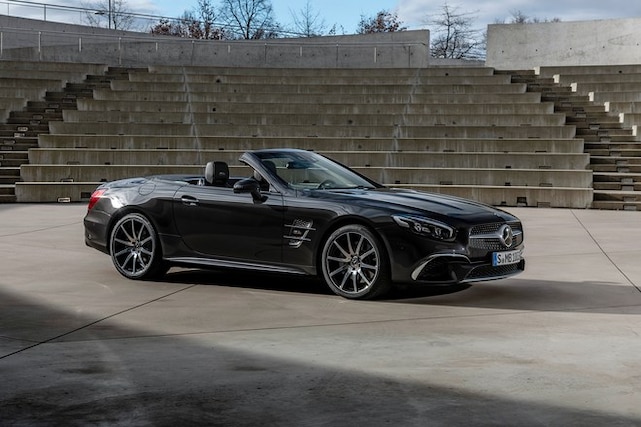 Like the SLC's Final Edition, this is just an appearance package. Each Grand arrives in Graphite Grey, offset by both chrome and matte-silver accents on the front bumper and large 19-inch front and 20-inch rear AMG wheels. Inside, the interior is treated with a Designo appearance package that brings Tundra Brown Pearl leather and quilted piping in Golden Olive Pearl. Mechanically, the only change is the fitment of the Sport suspension options, which lowers the car by 0.4 inch.

With the death of the SLC, a key cog in the modern rebirth of the sports-car segment has fallen by the wayside. When it launched as the SLK, it combined with the BMW Z3 and Porsche Boxster to bring the vehicle type back into luxury buyers' consciousness. (Of course, none of them likely would have happened if not for the wild success of the Mazda Miata.) For the other Germans' part, they're still going strong, with the Boxster setting handling benchmarks generation after generation and the Z4 being redesigned this year as a twin to the reborn Toyota Supra coupe.