Sorry, Tesla. It looks like Mercedes has beaten you to the punch on debuting an all-electric truck. The German automaker just revealed a heavy electric truck, which features technology that could go into production by the beginning of the next decade.

The Mercedes-Benz Urban eTruck is the first fully electric truck intended for heavy distribution operations, according to the automaker, and it's capable of hauling 26 metric tons.

"Electric drive systems previously only saw extremely limited use in trucks," Daimler truck boss Wolfgang Bernhard said in a recent statement. "Nowadays costs, performance and charging times develop further so rapidly that now there is a trend reversal in the distribution sector: the time is ripe for the electric truck."

If you're thinking this is a truck that will haul large loads across the country, think again. The truck is intended for short, local trips, as it only has a range of up to 124 miles. Three lithium-ion battery modules supply power to the truck and are housed in a crash-proof location inside the frame. Electric motors sit adjacent to the wheel hubs.

"We intend to establish electric driving as systematically as autonomous and connected driving," Bernhard said. Mercedes tested autonomous heavy-duty trucks on the roads of Europe this year.

Even before introducing the Urban eTruck, Daimler had already debuted other zero-emissions trucks. Daimler, which owns a nearly-90-percent stake in Mitsubishi's spin-off truck brand Fuso, has been testing the Fuso Canter E-Cell light distribution truck in consumer trials since 2014. Its hydrogen fuel cell trucks traveled over 31,000 miles in just one year of testing, despite the fact that the truck also offers a limited range. Mercedes says it gets over 62 miles of range. 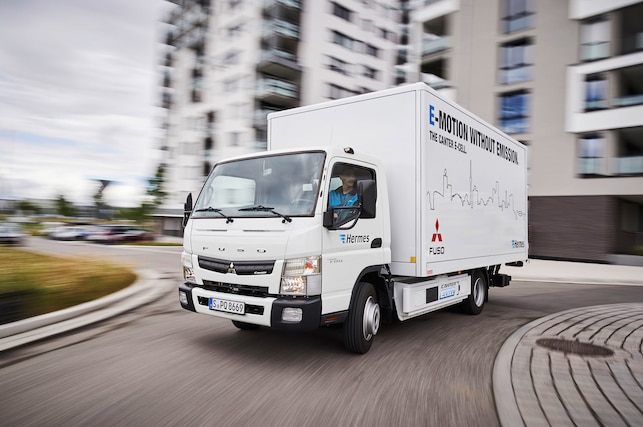 Earlier this month, Tesla announced it wanted to move into the heavy-duty and commercial transportation space with an electric semi-truck. It says a heavy-duty truck will be ready to unveil next year. No timeline has been given for a rollout plan, but Tesla CEO Elon Musk said the trucks are in an early stage of development. 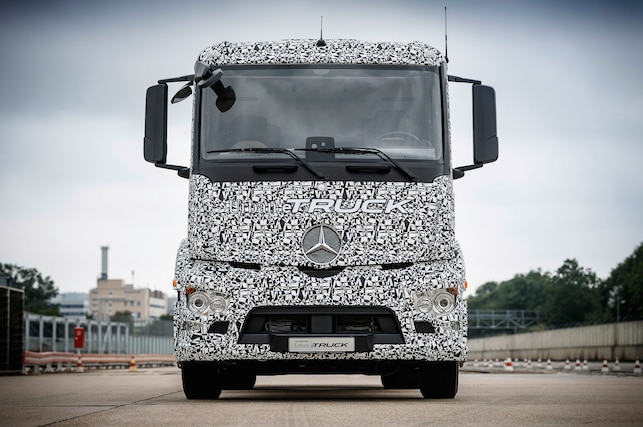