The program is called Mini Yours Customized 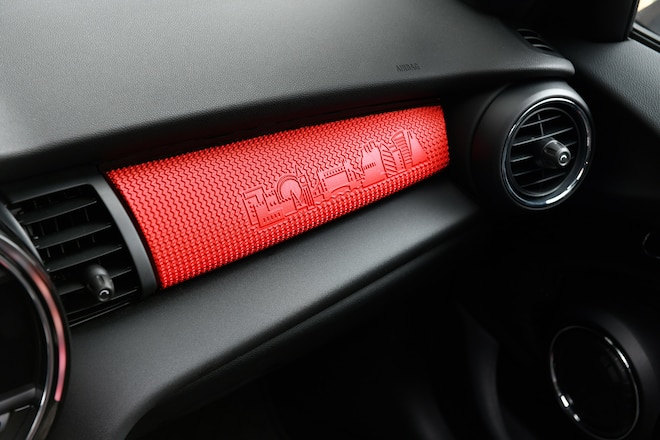 For years, three-dimensional printing has promised to revolutionize the auto industry, potentially saving automakers millions of dollars. And while it's not a widespread practice yet, Mercedes has already started selling a 3D-printed part for older vehicles. Now, Mini plans to join the club, offering a service that lets customers customize their cars with 3D-printed parts.

Called Mini Yours Customized, the new program will allow customers to use an online configurator to create their own custom trim pieces, inlays, and LED puddle light images. Once the customer orders their custom design, Mini says it will 3D-print the piece and deliver it within a few weeks. The customer can then install the piece themselves or have a dealer do it.

But while it may sound cool to have your children's faces embossed on your dashboard and your name projected onto the ground when you open the door at night, that kind of customization would also likely hurt resale value. To prevent that from being an issue, Mini promises that if the owner saves the original part, the custom pieces can be swapped out again when it's time to sell your car. That also means it will be possible to switch back and forth if you have a couple designs you like.

Sure, it's a little bit of a gimmick, but it's a cool gimmick. It's also potentially a step toward more in-depth customization options in the future. Unfortunately for those who are interested, Mini hasn't yet released U.S. pricing or announced when the program will start.