Mitsubishi Lancer Evolution Could Get Successor in Six Years

Next Mitsubishi performance car will likely be a crossover Mitsubishi has revealed that it will eventually bring a successor to the legendary Lancer Evolution; however, that model won't happen for another six years. Speaking withAustralia'sMotoring,Mitsubishi's global boss, Trevor Mann, revealed that a new performance model is under consideration and will likely be a crossover instead of a sedan. 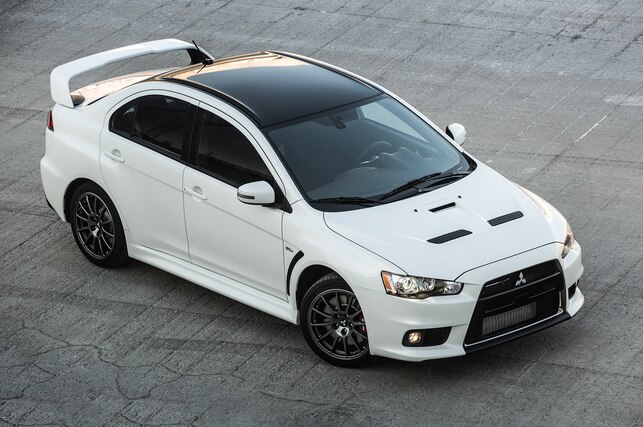 According to Mann, the Evo's successor is part of a long-term plan rather than mid-term. Mann also indicated that Mitsubishi wants a halo car; however, it's still undecided what type of vehicle that will be for the Japanese brand. Mitsubishi discontinued the Lancer Evolution back in 2015 when it revealed the Final Edition model. That particular model had an updated 2.0-liter turbo-four rated at 303 hp and 305 lb-ft of torque paired exclusively to a five-speed manual transmission. In the U.S., only 1,600 units of the Lancer Evolution Final Edition were available.

On the same interview, Mann also hinted that Mitsubishi is evaluating the possibility returning to motorsport. Thanks to the Lancer Evolution, Mitsubishi has a rich rally heritage and competed with fellow Japanese automaker Subaru back in the 1990s and even early 2000s. Mann toldMotoringthat returning to motorsport has been discussed within the company recently and that it has to consider it because of its heritage since it has the technology for it.

Mitsubishi Lancer Evolution Could Get Successor in Six Years
Photo /