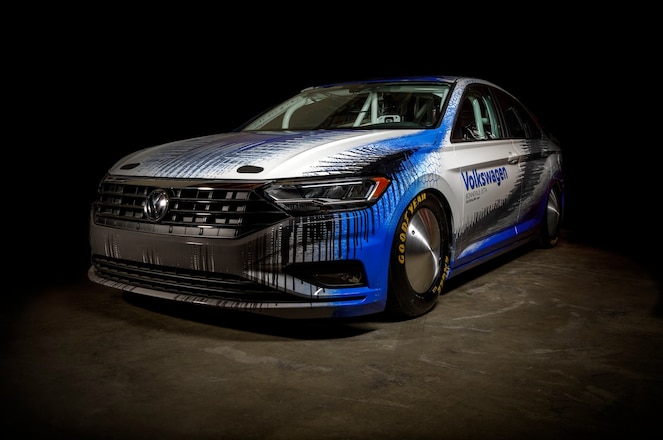 Volkswagen will attempt to set a class record at Bonneville Speed Week with a modified Jetta. To beat the BGC/G record, it will have to go faster than 208.472 mph.

The Bonneville car is based on the 2019 Jetta, which has been completely redesigned. It receives a host of upgrades from stock, including a lowered suspension, limited-slip differential, and special wheels and tires that can handle the Salt Flats in Wendover, Utah. 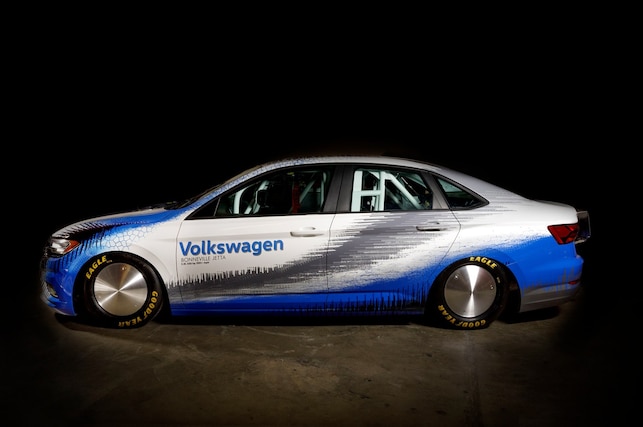 It also receives a modified version of the automaker's 2.0-liter turbo four-cylinder engine. VW says the model previews the powertrain that will debut on the Jetta GLI performance model. The GTI is also expected to get the 2.0-liter four-cylinder.

Inside, the Bonneville Jetta is fitted with a roll cage, racing seat, harness, and fire suppression system. It also has a pair of parachutes that can slow it down if needed.

Bonneville preparation specialists THR Manufacturing, based in California, helped bring this special Jetta to life. The exterior graphics were the work of Volkswagen's Design Center in California. Director Reto Brun said in a statement, "We wish the team luck as they attempt to make this the fastest Jetta—and the fastest production-based Volkswagen—ever seen!"

We won't have to wait long to see if the Jetta can take the crown. Bonneville Speed Week takes place August 11-17. 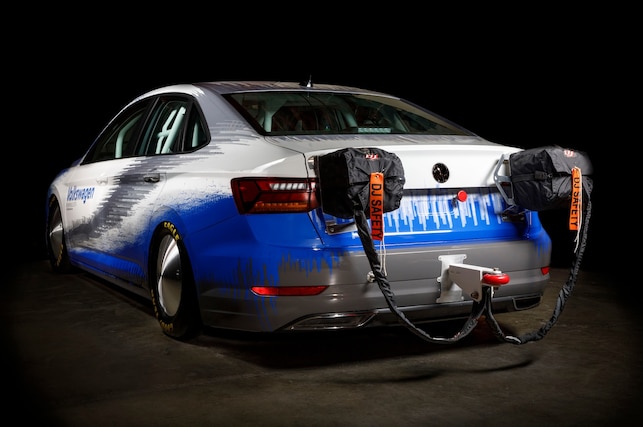