Spinout: News, gossip and rumors-we sort it out for you here. 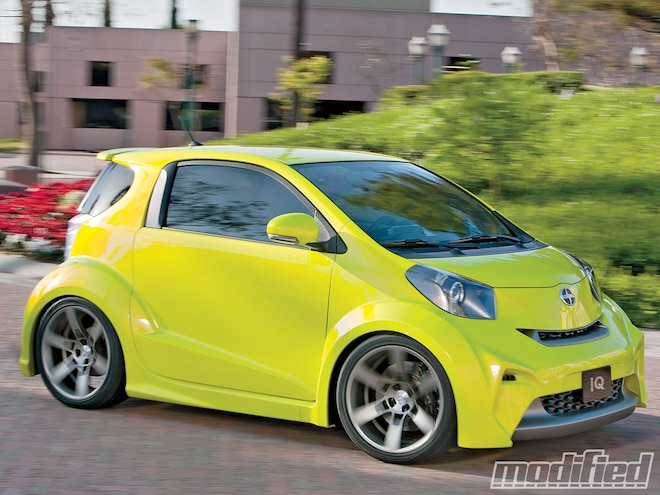 The B-segment is heating up like a marshmallow that's hovering too close to the campfire. The class of super-small (read '93 Civic hatch), super-fuel-efficient cars that includes the likes of Honda Fit, Scion xB, Nissan Versa and Toyota Yaris will be seeing some fresh faces in 2010.

Fiat
The Italian automaker may be bringing its 500 Abarth over to its newly acquired Chrysler showrooms. We suggest something along the lines of the tasty Abarth Assetto Corse R3T, a rally-prepped version of the pint-sized powerhouse. The R3T features a de-cluttered interior, rollcage, high-ground-clearance bodykit, roof-mounted air scoop, protruding light pods and 1.4-liter turbo four rated at 180 horses. That's down 20 ponies from the roadgoing Corse, but hey, what are boost controllers for anyway?

Mazda
The stylish Mazda2 is for sure coming to America. Built on the Ford Fiesta platform, the Deuce looks to make an immediate impact. The Mazda2, known as Demio in JDM speak and on game consoles from coast to coast, sports a number of different gasoline engines ranging from 1.3 liters to 1.5 liters and 62 to 102 hp. Rumors suggest America will get a big-block 1.6-liter with output being as high as 120 ponies. Mazda says the Deuce will be in showrooms by late 2010.

Scion
The once hip and edgy brand hasn't seen a new platform launched in some time. The remedy? Fresh blood. The iQ, which we have reported on in SpinOut before, has been given the green light and will hit the scene in late 2010 as a 2011 model. Motivation for the funky iQ comes compliments of a 1.3-liter four that may compare to an electric razor in output. Further, in tribute to its JDM roots as a "city car," it seats an odd combination of three adults and one child. 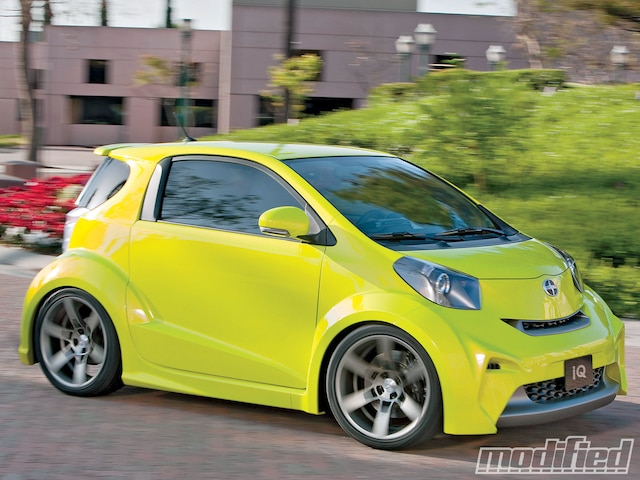 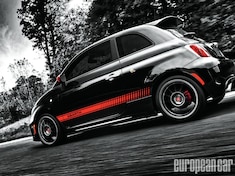 The Abarth badge has a scorpion, an insect that’s small but can have a big effect. That’s the philosophy with Abarth-tuned Fiats, like the 2012 Fiat 500 Abarth. - European Car Magazine 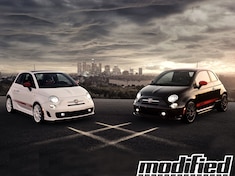 Turbocharged Fiat 500T Sport and Abarth Convertible in the Pipeline

Chrysler Corporation has recently filed documents with the California Air Resources Board (CARB) and the NHTSA with regards to several new Fiat 500 models. Click to read about the turbocharged Fiat 500T Sport and the Abarth in the pipeline. - Modified Magazine 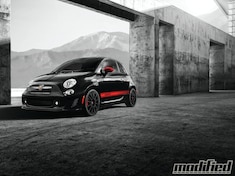 Fiat announced that an Abarth edition of its 500 is coming here and the B-segment and super-mini segment may be in for a shock. The Abarth is the complete package with a sport-tuned suspension, big brakes, special exterior design cues and other technology features not found in conventional Fiat 500. Click to read about the Fiat 500 Abarth coming to the U.S. to compete with the Scion iQ. - Modified Magazine 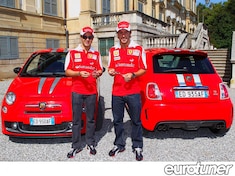