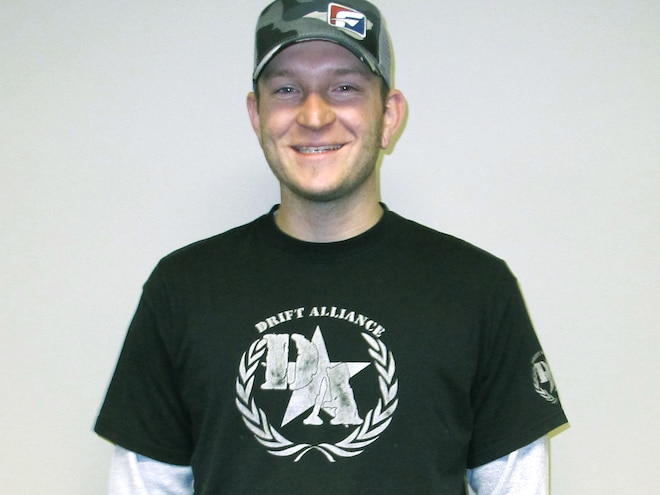 FONTANA, CA (Feb. 12, 2010) – Fontana, CA. - As the 2010 Formula Drift season gets ready to begin, Falken Tire would like to welcome the newest member to its drift team, Justin Pawlak. Campaigning the newly built 2010 Ford Mustang sporting Falken Tires world-renowned blue and teal livery, Justin looks to march toward the top of Formula Drift in his 3rd full season. ASD in Charlotte, North Carolina is prepping the Mustang for its 2010 debut at Long Beach and will work closely with Justin to get him comfortable in his new ride.

As a full-time driver in the 2008 Formula Drift season, Justin got his first podium at Irwindale finishing 16th overall for the season earning him an invitation to the Drifting World Championship. He followed that up with multiple Top-16’s and a 9th place overall points finish in 2009.

A new season brings a new set of challenges as Justin makes the transition from a 3-rotor turbo power plant to 650+ horsepower V8. Despite the fact that he’s drifted rotary-powered Mazdas for over 5 years, JTP fully expects to do things in the Mustang that “have never been seen before.” Justin’s aggressive driving style complimented by the new Falken Azenis RT615K tire should prove to be a lethal combination in his efforts towards the 2010 Formula Drift championship.

Formula DRIFT Championship is recognized as the North American professional drifting championship series. As the first official series in North America, Formula DRIFT attracts fans and car enthusiasts from all walks of life. This high-skilled, high-powered sport has more than 60 professional drivers competing in all seven competitions this year. Additional info is at www.FormulaD.com