North America to get "almost" Spec-C WRX STI for $2000 off STI sticker. 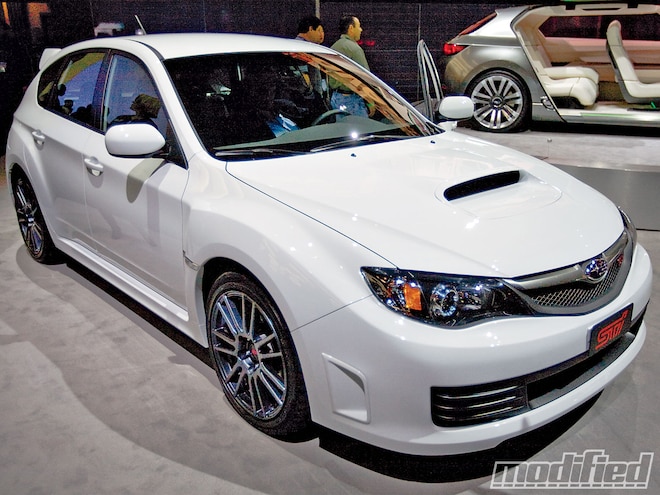 The '10 WRX STI Special Edition is an amenities-versus-muscle equation on four wheels produced to further enliven the STI experience. The checkbook is enlivened as well with Subaru pricing the Special Edition at $33,690-about $2,000 less than a regular STI. Exclusivity usually comes at a premium; it's no wonder the Subie marque is on the rise. 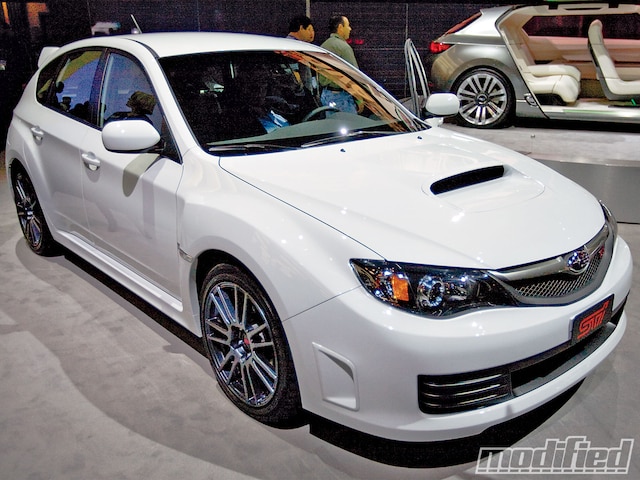 The party starts behind the sheetmetal where the SE gets some gear from the Japanese Market spec-C we featured in Spinout (Dec. '09) earlier. These tasty parts include a 1mm-thicker rear stabilizer bar, stiffer rear subframe bushings plus upgraded and retuned springs. The front springs are 16 percent stiffer, while the rear shocks have been stiffened by 29 percent.

Act fast and get exclusive coverage. The SE will be in showrooms in early spring and the first 125 examples will be painted in exclusive Aspen White, set off by the charcoal-colored 18x8.5-inch, 14-spoke alloy wheels, again lifted from the JDM WRX STI spec-C. The WRX STI Special Edition will become a regular production model later in 2010, available in standard colors.

The WRX STI Special Edition was developed by Subaru Tecnica International, the high-performance and motorsports subsidiary of Fuji Heavy Industries Ltd. Compared with the standard '10 WRX STI, the WRX STI Special Edition features halogen rather than HID headlights; a single-disc CD player/four-speaker audio system instead of the six-CD/10-speaker system; manual air conditioning in place of automatic climate control; and body-color side mirrors. 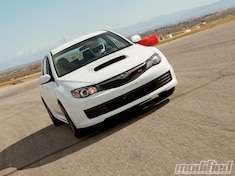 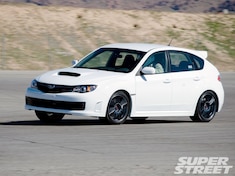 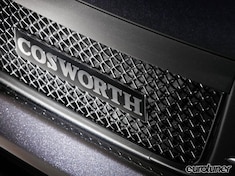