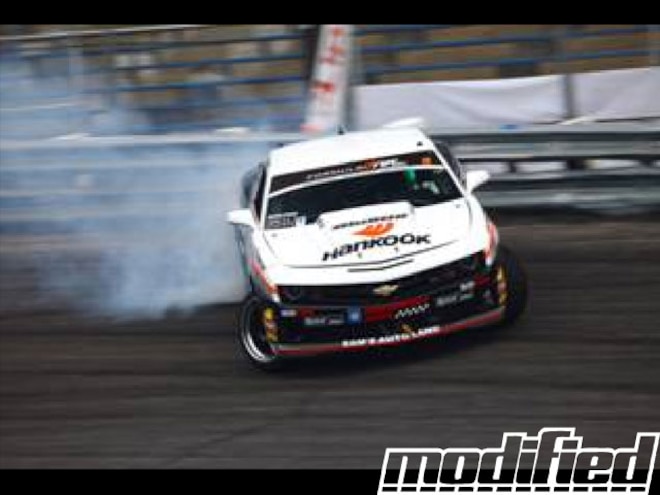 WAYNE, N.J., June, 20, 2011 – Hankook driver Conrad Grunewald placed first in the fourth round of the 2011 Formula Drift season this past weekend at Wall Speedway in New Jersey. 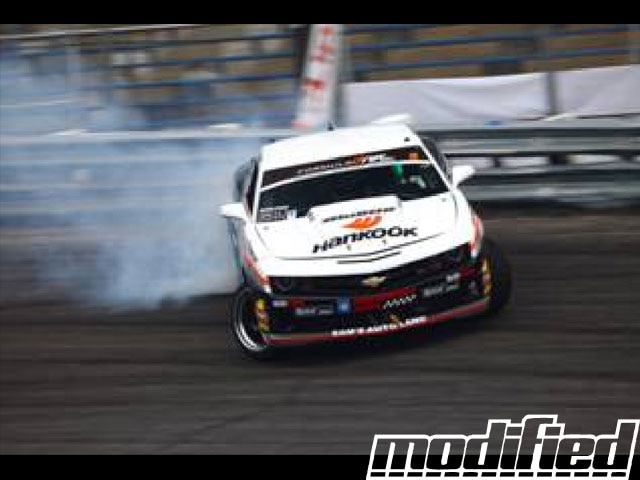 The sold out event with over 8000 spectators in attendance saw Grunewald qualify high in the top 5 in his Hankook Chevy Camaro, eventually battling Ryan Tuerck in the Gardella Racing Camaro in the top four. The top four Camaro vs. Camaro match-up ended with Tuerck hitting the wall and Grunewald and the Hankook Chevy Camaro advancing to the finals.

The final battle pitted Grunewald in his Camaro against Formula Drift points leader Justin Pawlak in his Ford Mustang for an American muscle car clash. The race was tight, but Grunewald and the Hankook Chevy Camaro were able to edge out Pawlak, landing Grunewald a first place podium finish.

“I’m really happy for the team,” stated Grunewald. “This speedway requires a lot of tire smoke and vehicle control. My Hankook Ventus R-S3’s provided the edge I needed to win this weekend.”

Hankook’s Ventus R-S3 is an Extreme Performance Summer tire developed for serious sports car, sports coupe and performance sedan enthusiasts looking for race tire-like traction on the street or for use in autocross, drifting or track events. Grunewald’s win puts him in sixth place with 272 points in the overall Formula Drift standings.

While impact damage and vehicle problems plagued other cars, Grunewald and his team were able to setup the Hankook Chevy Camaro for race-winning performance, giving spectators at the event exactly what they came to see: incredible drifting and an even more impressive win. “Formula Drift at Wall Speedway is always a great event for spectators and competitors alike,” said Hankook Motorsports manager Paul Jho. “The design and technology that Hankook puts into developing the Ventus R-S3 that Conrad uses allows us to develop improved high performance tires. This type of investment isn’t only a win for Conrad and his team, it’s a win for consumers as well.”

2011 marks the eighth year for the Formula Drift series and Hankook’s sixth year of involvement. The company garnered enhanced visibility and sales increases in 2010 as a result of its motorsports sponsorships and special racing programs and has multiplied its involvement for 2011 by becoming an official sponsor of Formula Drift. Hankook also supports teams competing in the Redline Time Attack series, Rally Cross and Pikes Peak Hill Climb. 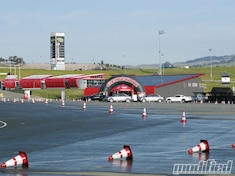 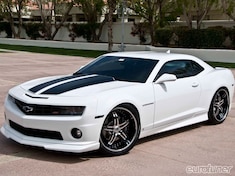 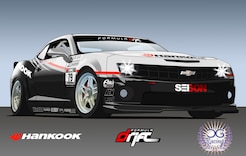