I went to the Dodge dealership and drove back to base a proud new owner of this ’05 Dodge Neon SRT-4. 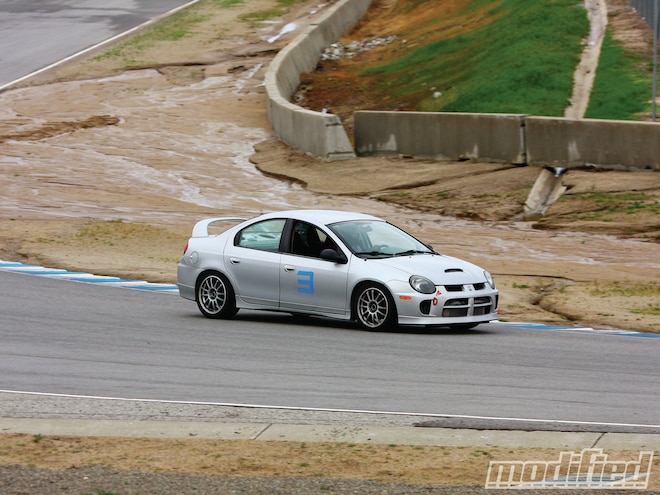 From beaters to show-winners to drag cars, we don’t discriminate. So send us your submissions, but make sure to include the information below and at least one picture of your car’s exterior, interior and engine bay. Images must be in high resolution, which means at least 300 dpi. Remember, the better the photos, the greater your chance of getting your car showcased. You could also win a Mothers Car Care package by submitting your car. Don’t forget to include your address and contact info!

Send all submissions to
readersrides@modified.com

Go-fast Bits Mopar Performance Stage 2 turbo kit and short-throw shifter; Maxx Fabrication 3-inch side-exit exhaust; AEM cold-air intake; MSD Super Conductor spark plug wires; Saikou Michi dual oil catch can; PTPerformance check valve; Wilwood 4-piston big brake kit; stainless steel brake lines; 17x8-inch OZ Superleggera wheels; Megan Racing coilovers; Booger shift linkage bushings.
Why You Chose This Platform I bought the car in February of 2006 after returning home from my deployment to Afghanistan with the Marine Corps. I went to the Dodge dealership and drove back to base a proud new owner of this ’05 Dodge Neon SRT-4. A few of my buddies called it a cheerleader car and would poke fun at me for owning it until they got in the passenger seat and I would practically send them flying into the back seat with a quick WOT. One of them called it a hamster, and I thought, “Yeah, a terminator hamster,” and to this day that is my nickname for it. 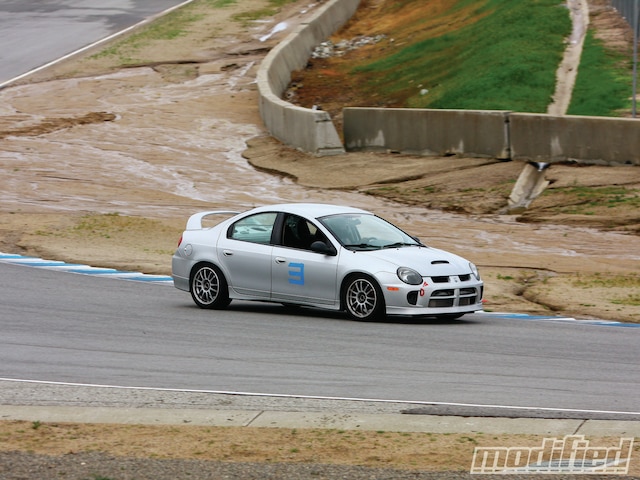 Go-fast Bits HKS True Dual TI exhaust; Fujita short ram intake; Motordyne MREV 2; Stillen engine dampener; Sun Auto Hyperground wires; JDM RHD battery cover; Nismo oil cap; carbon-fiber engine cover; HKS radiator cap; carbon-Kevlar GReddy radiator air diversion panel; hood dampeners; Nismo Lmgt4 Wheels; Work Emotion CR Kai wheels; BFGoodrich tires; Trust extended lug nuts; Stance GR+ coilovers; NRG front strut bar; Nokya 2,500K foglights; Stillen tow hook; Project Mu shift knob.
Why You Chose This Platform I’ve always wanted a RWD platform, and this is a nice car to cruise around in. Combine this with a V-6 and endless potential for enhancing performance, and the choice was a no-brainer. Down the road I would like to go the forced-induction route, either with a twin-turbo or supercharger. That would be fun!
Props/Thanks To My father for getting me interested in cars ever since I was young, and my friends for always being willing to help work on the car. 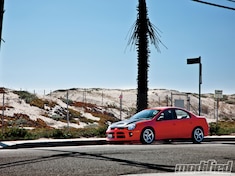 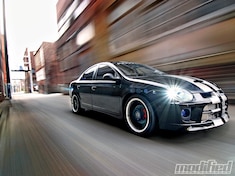 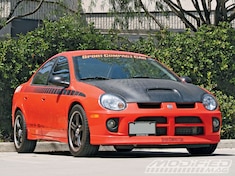 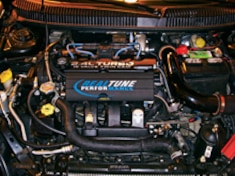