Home  |  Features  |  News  |  Stream and Binge the Full Season of 'NASCAR ALL IN: Battle for Daytona' now on the MotorTrend App!
Subscribe to the Free

Get the behind the scenes story of all of the drama and anxiety that defined the 2020 Daytona 500. 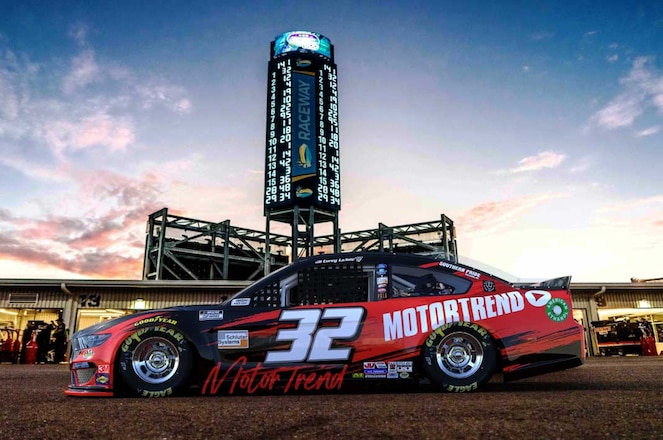 The NASCAR Cup Series season-opening Daytona 500 grabbed loads of headlines and featured one of the scariest crashes in recent memory, but what you saw on the race-day broadcast told only a fraction of the full story. If you haven't watched the MotorTrend original streaming series NASCAR ALL IN: Battle for Daytona, now is the perfect time to binge-watch it, as the season finale is newly available, along with the entire five-episode catalog, exclusively on the MotorTrend app. (Start your 14-day free trial here.)

NASCAR ALL IN: Battle for Daytona chronicles the preparations and journeys of two teams and three drivers as they get ready for the biggest race of the year, the Daytona 500. And each one follows a unique path, from the well-backed Austin Dillon and Tyler Reddick of Richard Childress Racing to the underdog Go Fas Racing team and its affable driver, Corey LaJoie. 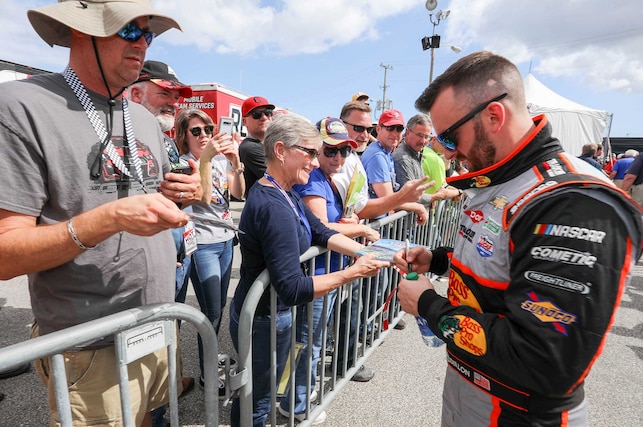 Episode 1 of the limited documentary series introduces the players and all of the challenges and stresses each encounter. Whether it's Dillon facing down the pressure he carries as grandson of famous team owner Richard Childress, or rising star Reddick attempting to establish himself as a NASCAR staple, or underfunded LaJoie leaving no avenue unexplored in his drive to get to the top, each episode is packed with unprecedented behind-the-scenes access and a look at what life is really like as a professional stock car racer.

Featuring narration from award-winning actor J.K. Simmons, you see the teams and drivers at home with their families, at work, and taking care of business ranging from race-suit and helmet design to chasing down parts and sponsors. Indeed, some of the series' most intriguing moments reveal how professional teams accomplish the little things and handle details most fans likely take for granted and rarely consider. Whether it's the hundreds-strong RCR operation or Go Fas and its 18 employees, the hard work, camaraderie, and humor of each goes a long way toward humanizing a sport dominated by machinery and larger-than-life personalities.

For instance, what happens when Dillon and his crew spend a day racing each other in go-karts? Who knew a NASCAR Cup Series team goes warehouse shopping for bargain-price parts? Or that some drivers—or LaJoie, anyway—clean and drive their own motorhomes? And what do those drivers really think of more mundane responsibilities such as media-day obligations? (Not much, it turns out.) NASCAR ALL IN: Battle for Daytona even captures the moment in January when LaJoie approached top team owner Rick Hendrick during the NASCAR Hall of Fame induction event and handed him a letter pitching himself as a potential Hendrick driver of the future—a move arguably as gutsy as some of the on-track action at Daytona. 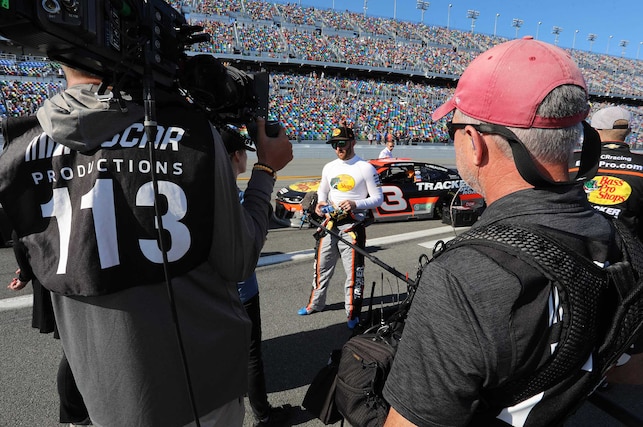 Once the preparation is complete—there's never really enough time no matter who or what team you are—and the race cars fire up, you'll get a deep look into all of those on-track happenings, from the Busch Clash to Daytona 500 qualifying to the Duels at Daytona. You'll see firsthand the complexity of setting up the cars to get the most speed out of them, and the frustration that sets in when the performance, and answers, aren't apparent. If there's one thing NASCAR ALL IN: Battle for Daytona never lets you forget, it's just how much of a pressure cooker life is inside this sport—and the reactions from the people who write the big checks when things go wrong drive home the point.

When the Daytona 500 finally arrives—the biggest day in stock car racing and the most prestigious event on the NASCAR calendar—you can almost feel the emotion and physical response of drivers and teams as they focus on writing their names in the record book. Dillon, LaJoie, and Reddick strap into their cars as their friends, family, and teammates cheer them on, until an unexpected rainstorm plays havoc on strategy ... and then it happens: Coming to the start/finish line on the race's final lap, fellow Cup Series driver Ryan Newman suffers one of the most frightening wrecks in years—with LaJoie right in the middle of the chaos. 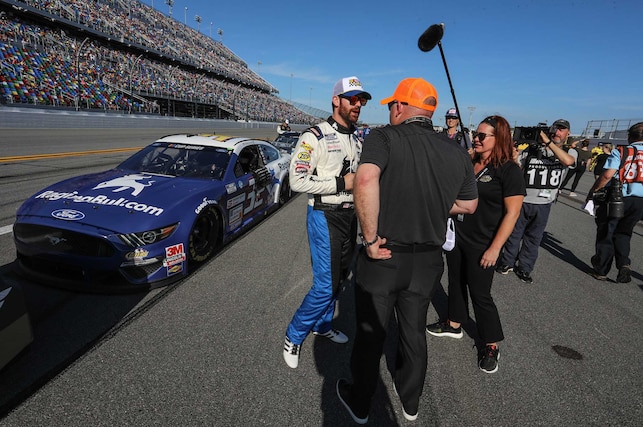 It's a dramatic conclusion that leads the drivers to contemplate the danger of their profession, but to anyone who knows racing, it won't come as a surprise that not one of them ponders hanging up their helmet. Hearing LaJoie's recollection and analysis of the crash a few days later, however, is fascinating, and it provides an honest window into the minds of people who spend their work days travelling at close to 200 mph while surrounded by a pack of like-minded, ruthless competitors. Call it The Racer's Way, because for all of the importance the Daytona 500 carries, there's a whole season, and ultimately the NASCAR championship playoffs, ahead.

Watch NASCAR ALL IN: Battle for Daytona now on the MotorTrend app and stream more than 3,500 hours of automotive entertainment. Start your free 14-day trial and access the entire MotorTrend library with exclusive MotorTrend original series, hit shows from MotorTrend and Discovery Channel, live events, motorsports including NASCAR All IN: Battle For Daytona and the exclusive documentary Blink of an Eye featuring former NASCAR driver Michael Waltrip, plus the Ultimate Collection of Top Gear, Roadkill, and more!

Stream and Binge the Full Season of 'NASCAR ALL IN: Battle for Daytona' now on the MotorTrend App!
Photo /