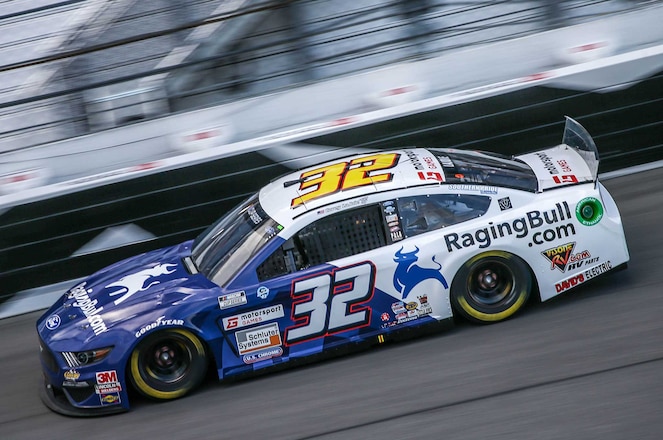 Archie St. Hilaire knows the numbers by heart, and if he ever forgets, he has the data right there on his cell phone. The owner of Go Fas Racing, which fields the No. 32 Ford Mustang for driver Corey LaJoie in the NASCAR Cup series, reels off the number of employees the top NASCAR teams have.

So 600 employees, 550 employees, and at Go Fas Racing, "We have 18," St. Hilaire said in the premiere episode of NASCAR ALL IN: Battle for Daytona, the MotorTrend original documentary series streaming now, exclusively on the MotorTrend app. "So it shows how proud we are when we have a good finish."

At times, social media is tough on Go Fas, with fans questioning why the team isn't running up front. St. Hilaire has an answer for them: "This shit ain't easy."

For small teams like Go Fas, it's like running two races each weekend. The first race is just to get to the track by pinching pennies, courting sponsors, using whatever prize money the team won the previous week to help finance another week. After that's accomplished, there's the real race, hoping for a decent finish and a damage-free drive. The team has a small stable of year-old Ford Mustangs acquired from Stewart-Haas Racing, which fields four cars for drivers like former champion Kevin Harvick. Go Fas, though, has to make its Mustangs survive while it does its best to take the fight to the NASCAR Big Boys. But it's hard, and sometimes discouraging. 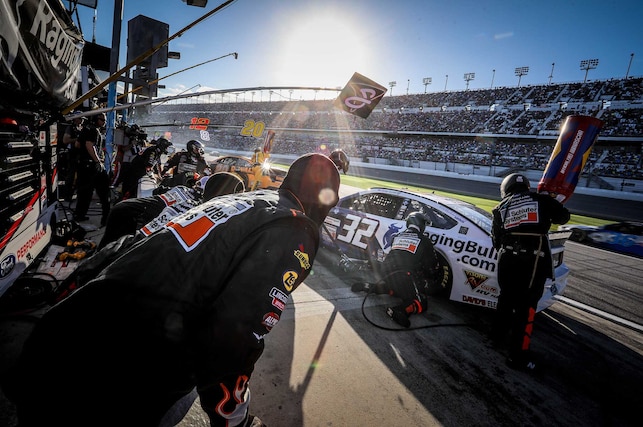 "We're on the same racetrack, but we're not really in the same race. Our budgets are not remotely similar. It eats at your self-confidence, because you're only as fast as the horse you're sitting on," said LaJoie, 28.

If all this sounds grim, it isn't. The pluck and underdog sense of purpose in NASCAR ALL IN: Battle For Daytona is propelled by LaJoie, a funny, outspoken straight shooter—much like his father, Randy, who won NASCAR Xfinity Series championships in 1996 and '97, and ran 44 races in the NASCAR Cup series over a 20-year span.

In the Cup series, Randy LaJoie picked up a few rides here, a few there, often in substandard equipment where he couldn't show what he could really do. In 2006, he gave up his driving career to spend more time with Corey, hoping he could help him snag a fully funded ride with a major team, like the two other drivers profiled in the streaming series—2018 Daytona 500 winner Austin Dillon and his Richard Childress Racing teammate and Cup rookie, Tyler Reddick. Like Randy LaJoie once did, Reddick, 24, won back-to-back NASCAR Xfinity Series championships.

In 2019, Corey LaJoie and Go Fas joined forces, and made the field for every race, often punching above their weight, including a sixth-place finish at the summer race at Daytona, and a seventh at the fall Talladega race. 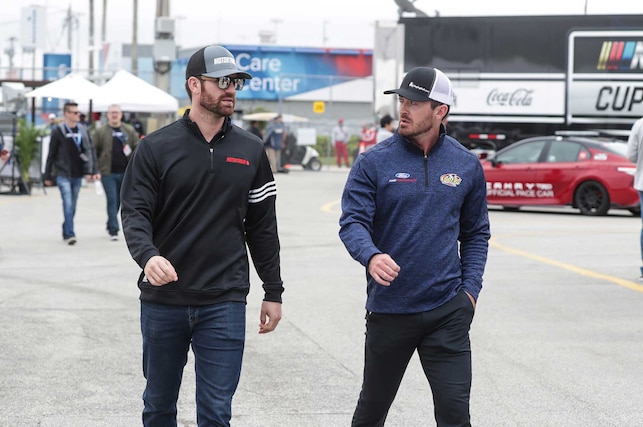 A stock market website called ragingbull.com has signed on to sponsor several races, and loyal sponsors like corvetteparts.net and Schluter Systems help when they can. Both LaJoie and St. Hilaire believe that with solid, full-season sponsorship, Go Fas could consistently run in the top half of the field, maybe better.

And perhaps La Joie could even quit his day job. He is one of well, very few full-time NASCAR Cup drivers with a 9-to-5 weekday gig, punching a time clock at The Joie of Seating, a small company founded by his father that makes top-quality racing seats a every year for NASCAR teams and other series. For decades, seat technology lagged behind other safety innovations, and Randy LaJoie was among the first to sound the alarm. He put his money where his mouth was and formed a company that builds some of the best seats you can buy.

While NASCAR ALL IN: Battle for Daytona concentrates on the weeks leading up to the Daytona 500, following along with LaJoie, Reddick, and Dillon as they prepare, and then compete, anyone with a television or an internet connection has no doubt by now seen the race's horrific ending: Where leader Ryan Newman was nudged by another car and turned directly into the wall. Newman rolled over, and with no place to go at nearly 200 mph, LaJoie's No. 32 broadsided Newman's Mustang on the driver's side as the car was upside down, causing the car to literally roll over LaJoie before it continued flipping down the track, on fire. It happened right beneath the checkered flag, deeding the win to Gibbs driver Hamlin.

It took safety crews almost 15 minutes to cut Newman out of his car, and when they carried him to the ambulance, they put up multiple big, black screens to shield the car and the driver from photographers. That's normally done only in the case of a fatality, and for hours we all waited for word. Then it came: Serious condition with non-life-threating injuries. And the news just got better, and less than 48 hours after the crash, Newman walked out of the hospital with his two young daughters holding his hands.

As for LaJoie, he managed to get out of his demolished Mustang and walk a few steps, then fell to his knees. Stunningly, he was unharmed—in no small part due to the Joie of Seating seat that he welded up himself.

What was it like? "Honestly, it happened so fast I really didn't have time to brake or turn or anything—all I knew was that I had an upside-down car in front of me," LaJoie told us. "I didn't know where I hit it, or even who I hit. Afterwards it was just a whirlwind—so much emotion since we didn't know Ryan's condition. 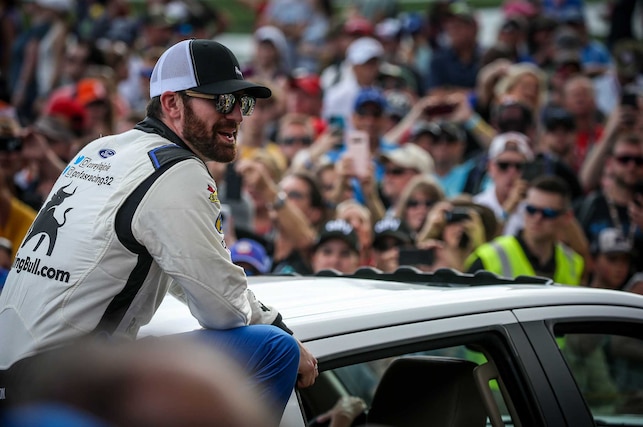 "It's a reminder for drivers and fans not to take anything in our sport for granted. It's a sport we love, but it can be a dangerous one when you have a 3,600-pound car traveling at 200 mph, and something bad happens."

The good news, if you want to call it that: Even crashing, he crossed the finish line in eighth. And maybe just as good: He had already damaged his main car (but not that seriously) earlier in the week, and the one that was totaled in the Daytona 500 was an even-older Ford from the Roush-Fenway stable.

LaJoie, already a popular driver with fans, said that NASCAR ALL IN: Battle For Daytona has been a big help in "showing fans the battles we face before we even get to the track. It's giving fans a look into my personal life," including the popular weekly podcast he does for Motor Racing Network called "Sunday Money." And if you keep an eye out during the March 8 NASCAR Cup Series Fanshield 500 race at Phoenix Raceway, you'll see him driving his No. 32 Ford decked out in a special MotorTrend livery in promotion of the streaming series.

Whether Corey LaJoie makes it to the top remains to be seen. But it's hard to watch NASCAR ALL IN: Battle for Daytona, and not root for him to succeed.

Watch NASCAR ALL IN: Battle For Daytona by subscribing now to the MotorTrend app and start streaming more than 3,500 hours of automotive entertainment for only $2 a month with our special offer! Access the entire MotorTrend library with exclusive MotorTrend original series, hit shows from MotorTrend and Discovery Channel, live events, motorsports including NASCAR All IN: Battle For Daytona and the exclusive documentary Blink of an Eye featuring former NASCAR driver Michael Waltrip, plus the Ultimate Collection of Top Gear, Roadkill, and more!