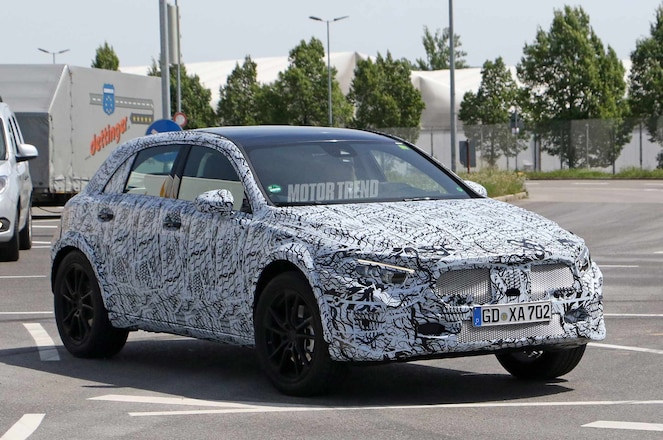 Earlier this year, Mercedes-Benz debuted a lightly refreshed GLA lineup. The compact crossover received minimal changes to its front and rear ends, new fog lights, optional LED headlights, and some additional interior bright work. However, while the refresh extends the car's life, this model isn't long for this world as Mercedes-Benz is hard at work designing the next generation that we've captured testing.

Spied in Germany, this GLA mule wears less body cladding and camouflage than the last one we caught. Like the previous model, the 2019 Mercedes-Benz GLA will again ride on the A-Class' platform when the next-gen cars arrive. Though the current GLA was clearly distinguishable from the A-Class hatch, it appears the next-generation cars will look more alike, if similar-looking recent test mules are any indication. 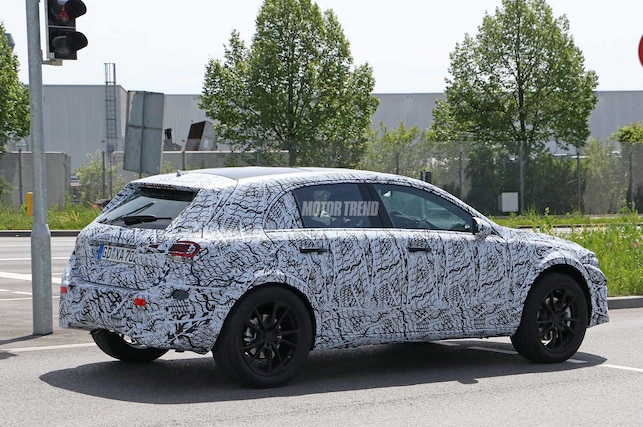 Although the camouflage is still obscuring much of the car's features, some aspects are easily made out. At the front, a more aggressive hood and front bumper encompass the new headlights that resemble the GLA's distant cousin, the AMG GT.

Moving rearward, the wheel wells have been enlarged and given protruding fender flares, very similar to the fender flares we saw on the E-Class All-Terrain 44 concept shown not too long ago.

Further back, the hatch appears to have a reshaped rear spoiler, new rear fascia, and new taillights. Engine options are likely to remain similar to the current model, with small-displacement turbocharged engines expected to make up the bulk of powertrain choices. It's also likely that there will be another AMG-tuned model like the current GLA 45 AMG with a hotter engine. 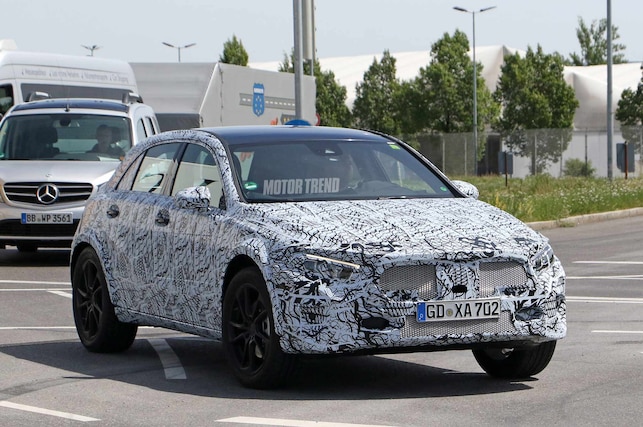 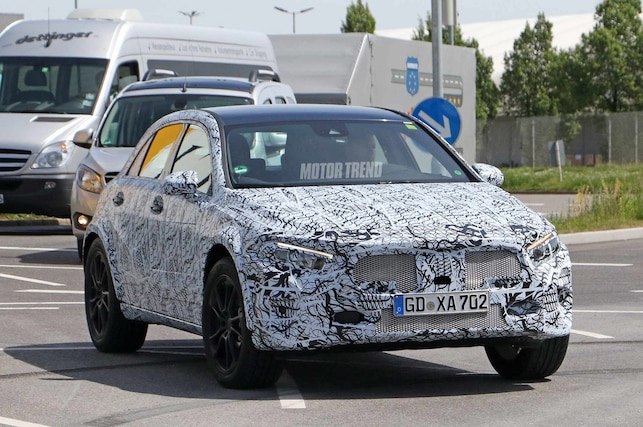 The GLA will also likely receive a host of diesel options, but with Mercedes-Benz's recent commitment to electrification, we wouldn't be surprised if we saw an all-electric GLA, or at the very least a hybrid GLA, further down the next-gen GLA's life cycle.

Mercedes-Benz hasn't disclosed when the new GLA will launch, but given that the German company just released the updated GLA earlier this year, we'd guess the next generation won't arrive until the end of next year at earliest. 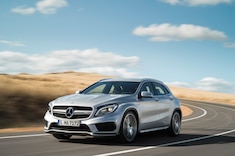 Shown as a concept at the 2013 LA Auto Show, the 2015 Mercedes-Benz GLA45 AMG is now official and will now be hitting showrooms as early as fall 2014. Read on to find out more.