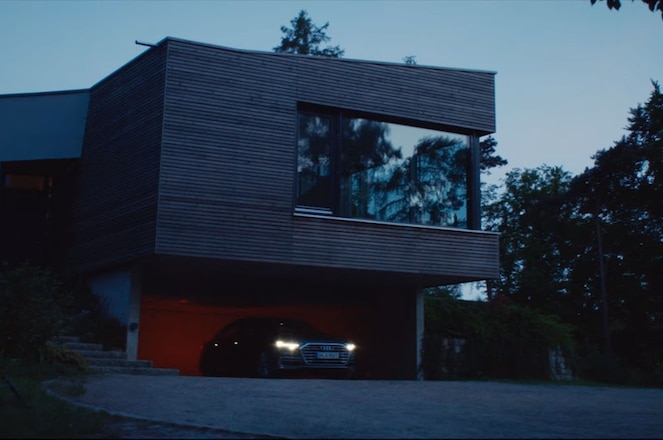 The next-generation Audi A8 has been teased once again. This time, however, it's revealed in a short video that the car has a new feature enabling owners to use the remote key to command the car to park itself.

In the short video, the driver pulls up near a garage and then commands the car to park itself via the key fob. Self-parking features are becoming common among luxury sedans, as cars such as the new BMW 5 Series and the 7 Series have this feature as an option. The A8 will be the first Audi to receive the feature, and it will come with a full range of semi-autonomous driving aids.

Part of the interior is also revealed, and it shows a new two-spoke steering wheel design that looks futuristic. It also shows what looks like Audi's Virtual Cockpit, which uses a 12.3-inch display in place of traditional analog gauges.

The next generation Audi A8 will feature a mild hybrid system with a 48-volt electrical system paired to aV-6 engine. A new coasting mode will be added and enable the A8 to coast with the engine turned off for about 40 seconds at speeds between 34.2 mph and 99.4 mph.

The new Audi A8 will debut on July 11 at the first Audi Summit in Barcelona, Spain. In the meantime, check out the video below. 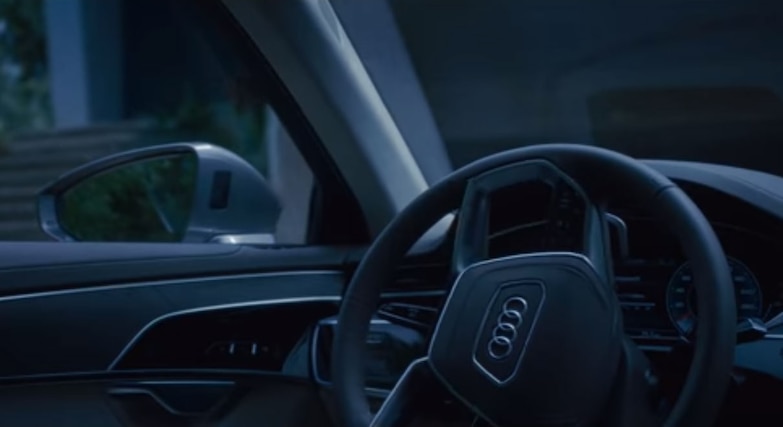 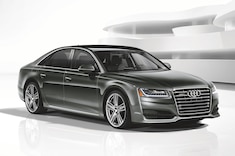 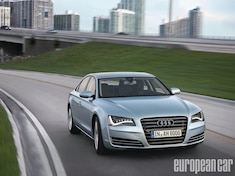 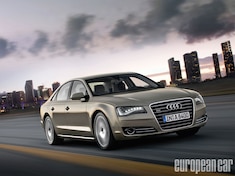 Through ongoing development of the 4.2-liter V8, the new 2011 Audi A8 4.2 is faster and more economical. - European Car Magazine 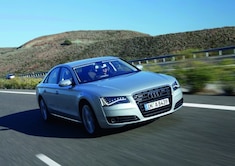 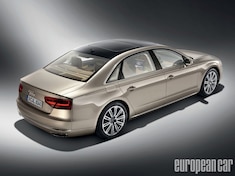 The 2010 Beijing Auto Show saw the debut of Audi's long-wheelbase A8 flagship sedan. Read more about the Audi A8 L here at European Car Magazine.