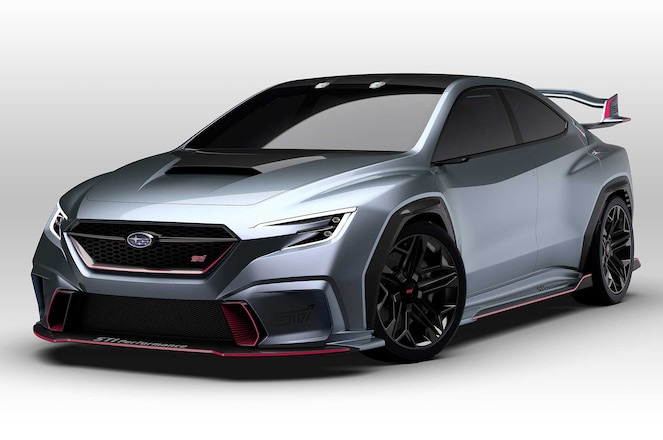 While the regular Subaru Impreza and other members of the Subie lineup switched to the new Subaru Global Platform four years ago, the higher-performance WRX and WRX STI versions of the Impreza have yet to follow suit. They're still based on the previous-generation Impreza models. If a new report from Forbes is accurate, however, that might finally be changing, thanks to a new engine being developed for the next STI capable of delivering 400 horsepower and 361 lb-ft of torque. New engine in hand, Subaru can now stuff it into a new WRX.

Citing sources close to Subaru, Forbes says the next WRX STI will arrive in 2021 and sports an "all-new" turbocharged 2.4-liter boxer four-cylinder. Subaru already has a 2.4 turbo engine, the FA24, in the Ascent three-row SUV and XT variants of the Legacy and Outback, so it's more likely that the STI will get a highly upgraded version of that mill. In its current form, the FA24 produces 260 hp and 277 lb-ft, so some changes would need to be made to reach that lofty 400-hp goal. 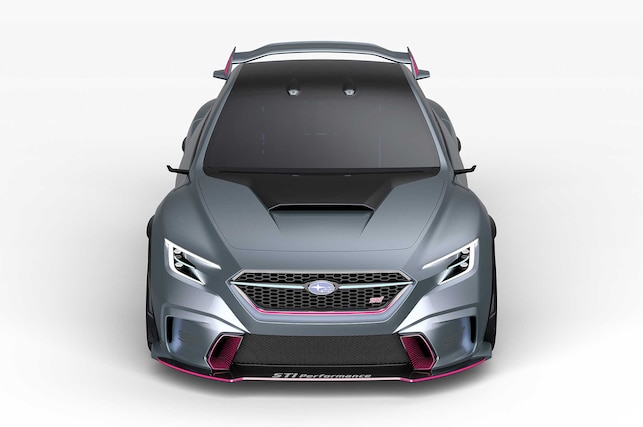 Today's WRX STI uses the venerable EJ25 turbocharged 2.5-liter and makes 310 hp and 290 lb-ft in standard trim. The limited-production S209 variant cranks that up to 341 hp and 330 lb-ft, which is no small feat but also likely the most that Subaru is able to reliably extract from the aging engine architecture, which was first introduced in the mid-'90s, without things going "kaboom" or impacting streetable engine response. It isn't yet clear what will power the new base WRX, which today uses a newer-than-the-EJ25 turbocharged 2.0-liter FA-series engine with 268 horsepower.

The new STI-spec FA24 will reportedly get a reinforced crankshaft, beefier pistons, and, naturally, more boost pressure. Subaru engineers are said to be benchmarking the 2.0-liter turbo found in the Mercedes-AMG A 45, CLA 45, and new GLA 45, which makes an impressive 415 horsepower and 368 lb-ft of torque in "S" guise (and "only" 382 ponies and 354 lb-ft in regular spec). In addition, the next-gen STI will receive a version of Subaru's full-time symmetrical all-wheel drive system and enhanced braking capability. 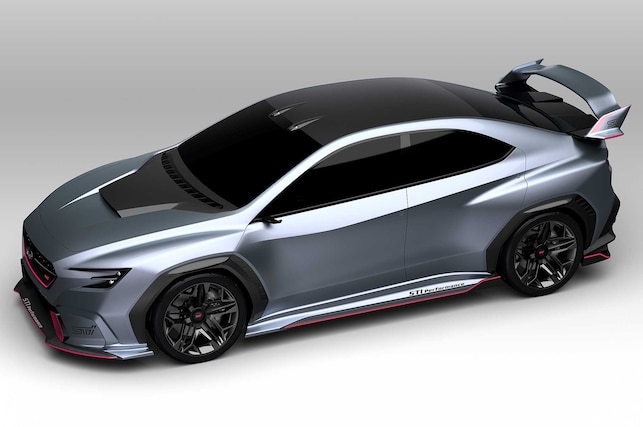 Super Street says: In an era of Honda giving enthusiasts a 300-plus horsepower Civic Type R and Toyota doing similar with a 380hp Supra, Subaru putting out a 400hp WRX STI makes total sense to us. What's next? A turbo 86/BRZ? A new MR2? (And what happened to Nissan?) Keep 'em coming

For styling, expect (hope?!) the next-gen WRX and STI to draw inspiration from the recent Viziv Performance and Viziv Performance STI concepts. But like most of Subaru's recent products, you can expect the production WRX's final design to be watered down somewhat compared to the aggressive concepts that will inspire it. Exact timing for the launch is unclear, but Forbes suggests the STI would arrive first in 2021, with the regular WRX following later on.