One-of-a-Kind LaFerrari Goes to the Block 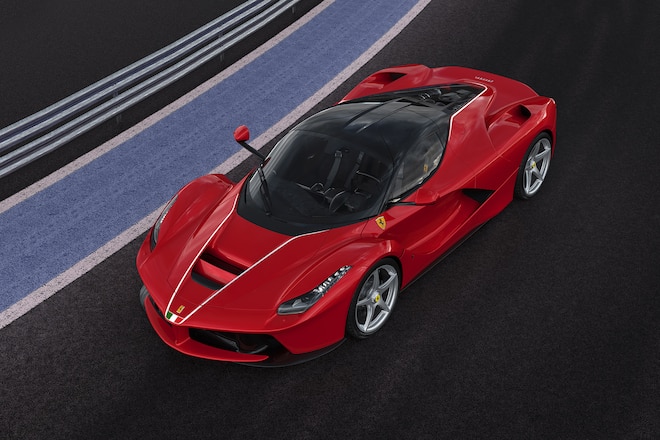 Want to buy a super rare, brand new LaFerrari coupe and help a worthy, charitable cause at the same time? Then be sure to place a major bid on this one-of-a kind Ferrari going to auction this week to benefit Italy's earthquake relief efforts.

Ferrari and the National Italian American Foundation's Earthquake Relief Fund teamed up to help with the reconstruction costs of the devastation caused by the massive earthquake that stuck Central Italy on August 24, 2016.

As you may know, the LaFerrari was limited to 499 coupes and sold for $1.4 million before options. The hypercar combines a V-12 engine and a hybrid electric motor to produce a staggering 949 horsepower.

Sergio Marchionne, Ferrari CEO, said the company would build one additional LaFerrari to be auctioned off for the relief effort — and this is it. Sporting a unique Ferrari red livery and black interior, it is the last LaFerrari coupe to come out of Maranello. The sale even includes a special commemorative plaque.

RM Sotheby's will auction the extraordinary prancing horse on December 3 during the Ferrari Finali Mondiali at the Daytona International Speedway in Florida.

"It is an honor for RM Sotheby's to be entrusted with the sale of this important car and to help raise significant funds for a desperate cause," said RM Sotheby's CEO Rob Myers, in a statement.

"The earthquakes which have struck Central Italy this year devastated the lives of thousands of people, and the money raised by the sale of this one-of-a-kind, and final, LaFerrari, could not be put to a better use. The auction will be an historic event, and the generosity of Ferrari SpA will change lives in the areas most affected by the natural disaster."