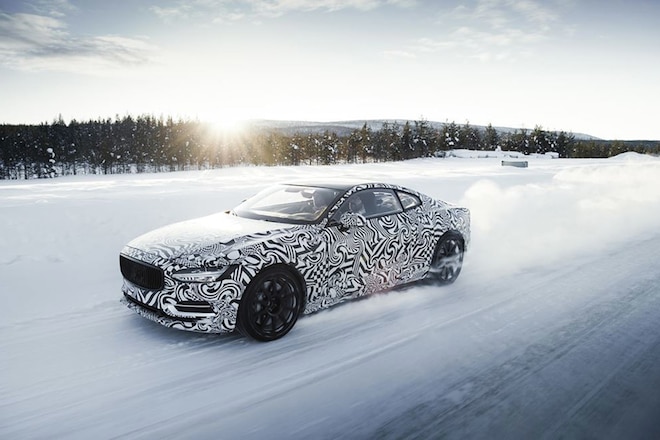 After icy laps in the Swedish Lapland—the next stop for the Polestar 1 is Beijing. Volvo's spin-off electric performance hybrid survived its first winter test drive in Northern Sweden and will make an upcoming appearance at Auto China 2018 next week.

The marque's debut car was revealed to the media in Shanghai last year and it was also rolled out for the public at the Geneva motor show last month.

A Polestar 1 prototype survived a two-week winter test drive north of the Arctic Circle by test drivers and engineers in temperatures as low as -18 degrees Fahrenheit, we are told.

The sporty performance coupe features a four-cylinder engine and two rear electric motors that produce a combined total of 600 hp and 758 lb-ft of torque. 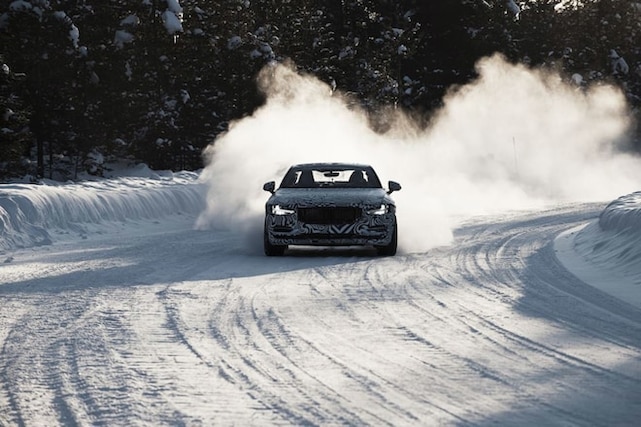 It can do 93 miles on battery power alone when running in pure electric mode. During its frigid winter test out on the ice, Polestar says the drivetrain and batteries were tested under close scrutiny.

"Our test drivers have given us some enthusiastic feedback on the handling and dynamics especially," said Polestar CEO Thomas Ingenlath, in a statement. "Besides being very happy with the balance of the chassis, they are particularly excited about the torque vectoring. We are now very confident about how this enhances the Polestar 1's cornering responsiveness and accuracy. This is a driver's car."

The company states that prototype testing will continue throughout the year and Polestar 1 is expected to start production in mid-2019. Auto China 2018 runs from April 25 to May 4.