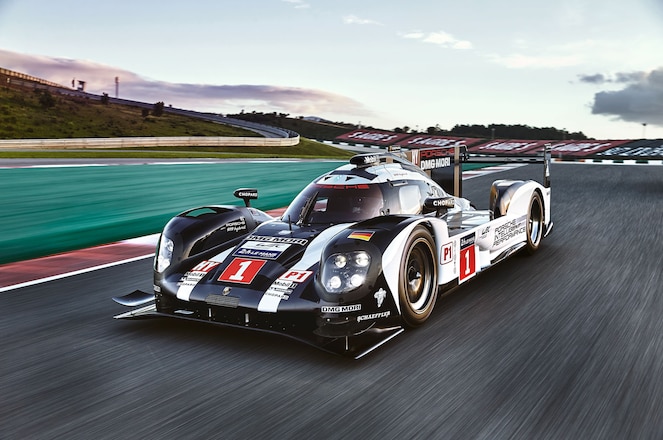 The sports car prototype still uses a 2.0-liter turbocharged V-4 gas engine and electric drive system. The combustion engine doesn't boast the same 500-plus hp as last year thanks to new regulations for 2016. New rules stipulate cars use less fuel per lap, so the result is an 8-percent reduction in fuel and power. Although Porsche won't give a specific horsepower rating, it says the engine has dropped below 500 ponies. (The output temporarily increases to 900 hp when the driver summons additional power from the electric system). 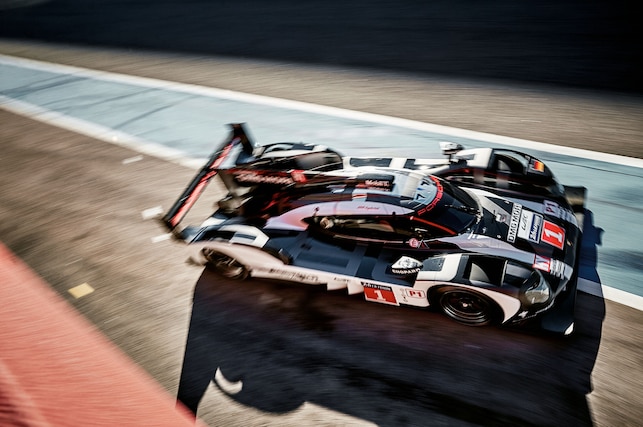 To complement the V-4 engine, Porsche has updated the electric drive system for more power and efficiency. Other updates were made to the seven-speed gearbox, which weighs less than in last year's model.

In the same vein of increased efficiency, the new 919 features aerodynamic improvements. The model will start off the season with a "high downforce" package, and will use what Porsche describes as an "extremely low downforce" package for Le Mans. Then, it will have another "high downforce" package for the following six WEC races. With these three downforce packages, Porsche keeps within regulations that permit only three aerodynamic configurations per year. The 919 Hybrid benefits from an updated front and rear axle, and Porsche says the Michelin tires should perform better this year.

Check out the new red, white, and black livery for the 2016 Porsche 919 Hybrid in the images below.