More details on the next Toyobaru twins are slipping out

In spite of relatively low sales volume, Toyota and Subaru have doubled down on the 86 and BRZ for the future, respectively, announcing last year next generations of each were on the way. Now Autocar has published a report with more details on the twins, including the fact they're getting more power. Yes, the OEMs listened.

Indeed, perhaps the largest complaint leveraged at the two small sports cars was their lack of relative might, followed closely by somewhat lackluster interior quality. According to the report, the Japanese automakers are going to address both of those issues with the second generation of the eight-year-old coupes. 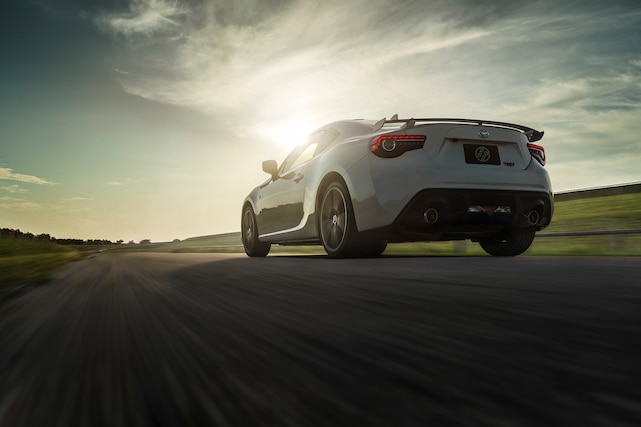 According to Autocar, the remedy for the lack of power will come via forced induction. Specifically, the automakers plan on using a modified version of the 2.4-liter turbocharged four-cylinder currently powering the Subaru Ascent, Outback, and Legacy. In the Ascent, that engine makes 260 horsepower, significantly more than the naturally aspirated 2.0-liter in today's 86 and BRZ. Both companies are said to realize drivers want the power of a beefier engine without sacrificing the immediacy of a naturally aspirated one, however it remains to be seen how well they ultimately strike that balance. While Subaru will provide the powerplant for the new versions, Toyota will be responsible for the underpinnings: According to Autocar, the new sports cars will likely be based on Toyota's TNGA platform (the same platform used for the AWD Yaris we talked about yesterday). You can also expect an improved interior.

One thing seemingly no one complained about the was the cars' names, but at least one of them is slated to change: the Toyota. Autocar says the new 86 will be called the GR86, placing it under an umbrella with the GR Supra and GR Yaris in the company's performance-car lineup. GR stands for Gazoo Racing, and company president Akio Toyoda is reportedly fond of building Toyota's brand image through its sports cars.

These improvements—save, we figure, the new badge—will no doubt warrant a jump in price. That said, it's unlikely it'll be too much more than the 86's current $27,000 price of entry, lest the model cease to serve as an attainable jump-off point for the Supra. (That car currently runs $50,945 to start.) The next-gen sports car will also help expand the relationship between Subaru and Toyota, as the automakers are reportedly collaborating on other vehicles, including hybrids.

By Courtesy of Motor Trend
5 Articles