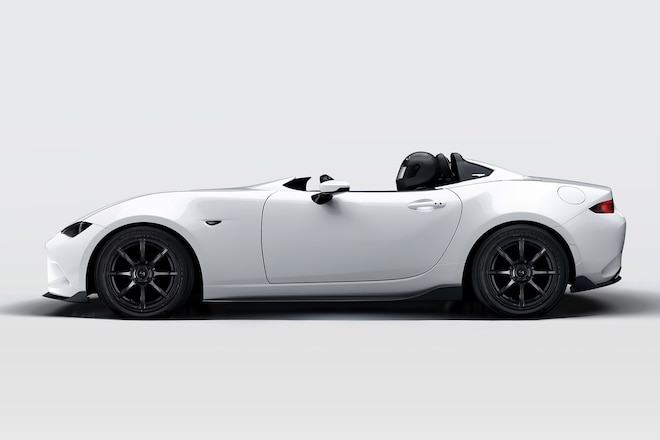 Mazda will be bringing two MX-5 Miata concepts to the 2016 SEMA Show floor. The first is the company's new retractable hardtop Miata, the MX-5 RH Kuro. The second is a revised version of the MX-5 Speedster that the company showed off last year, dubbed the Speedster Evolution.

The MX-5 RH Kuro's name and paint scheme come from the Japanese word for charcoal. The semi-matte metallic color was developed in-house by Mazda; at the moment, it is only a concept color. The MX-5 RH Kuro also rides on RAYS forged wheels, BFGoodrich Rival G-Force tires, and the suspension from the company's MX-5 Cup car, all of which makes for a stealthy and beautiful automobile. However, it's the Speedster Evolution that's captured our heart. Last year's MX-5 Speedster was painted in a beautiful slate blue with yellow-lettered tires, fitted with the MX-5 Cup suspension and a host of other go-faster bits, and had its windshield removed. This year's Speedster Evolution takes that concept even further and makes it even better.

Previously, Mazda shaved a considerable 250 pounds off the already-svelte 2,332-pound MX-5 by removing the stock MX-5 soft top. The new changes shave a further 100 pounds and have the MX-5 Speedster Evolution weighing in at just 2,000 pounds. It still has all the trick suspension pieces, the revised interior with sport seats and five-point racing harnesses, and the 155-hp engine, but the weight reduction likely makes it much quicker than its standard sibling.

Both cars will be on display next week in Las Vegas at the annual SEMA Show. We'll be on the convention floor, bringing you the good, the bad, and the "what were they thinking." Maybe we can even convince Mazda to let us drive the Speedster Evolution home. 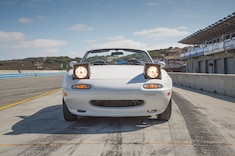 Mazda has just announced two new programs that will make it possible to drive a first-generation, NA chassis Miata forever 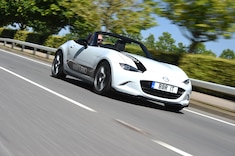 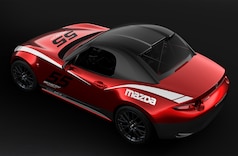 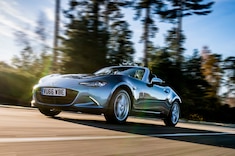 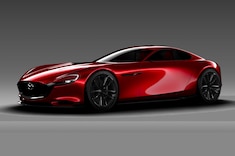 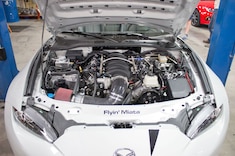 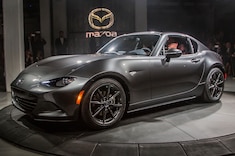