Home  |  Features  |  News  |  Spied! Mercedes Testing an AMG-Tuned A-Class to Take on the Audi S3
Subscribe to the Free

Spied! Mercedes Testing an AMG-Tuned A-Class to Take on the Audi S3

Expect a more powerful A45 to come later 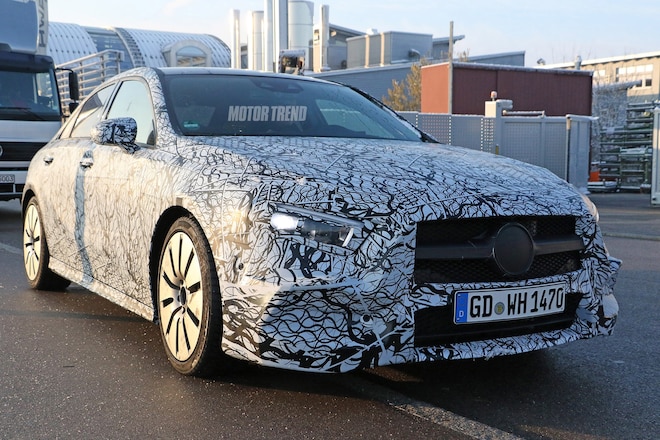 Earlier this month, Mercedes showed off the newest version of its entry-level hatchback, the A-Class. With a CLS-inspired front end and a cabin that borrows more than few design elements from the E-Class and S-Class, the new A-Class has upmarket features to spare. And while it won't come to the U.S. in hatchback form, the sedan version will arrive later this year. Soon after the A-Class lands on dealer lots, it also looks like an AMG-tuned A35 will quickly follow. 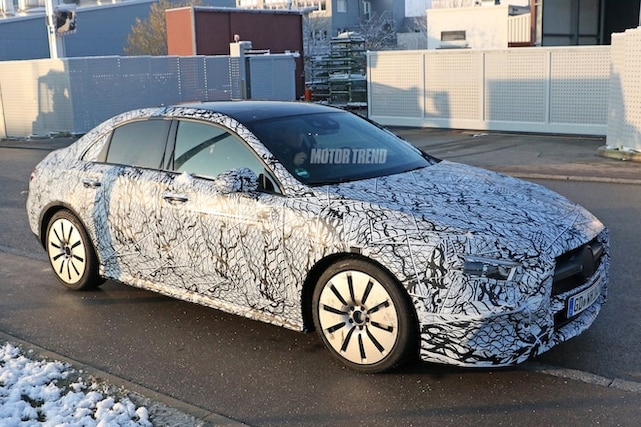 Motor Trend's spy photographer caught this A-Class sedan testing in Europe, and to some extent it's interesting to get a better idea of how it will look as a four-door. Even though the prototype is still fully camouflaged, it looks well-proportioned for a small, front-wheel-drive car. It also appears to be more conservatively styled than the controversial CLA.

But as MT's photographer noticed, this particular A-Class prototype is also fitted with a more aggressive aero package, rides lower than the regular A-Class, and has a dual sports exhaust. The wheels may look ugly, but it appears they're only there to hide the front and rear cross-drilled brake discs that signify an AMG. 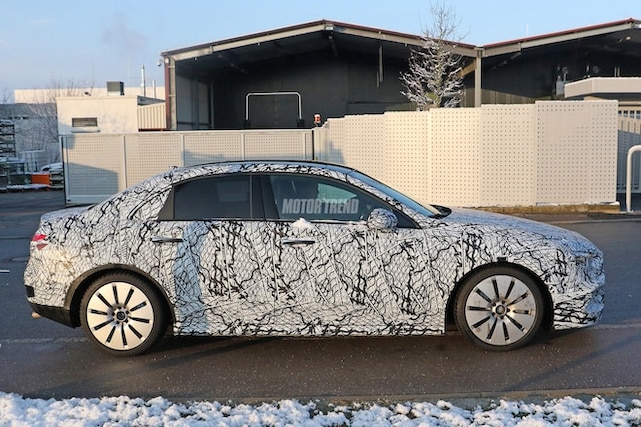 We've already heard rumors that Mercedes plans to eventually introduce an AMG-tuned A45 to rival Audi's RS 3, but MT's photographer believes this prototype is actually a mid-level performance version aimed at the Audi S3. Presumably called the A35, expect this version make about 300 hp and offer all-wheel drive. It's still unconfirmed at this point, but there's also a chance that the A35 will use a mild hybrid system similar to the one found in the new CLS to improve fuel economy without sacrificing performance. 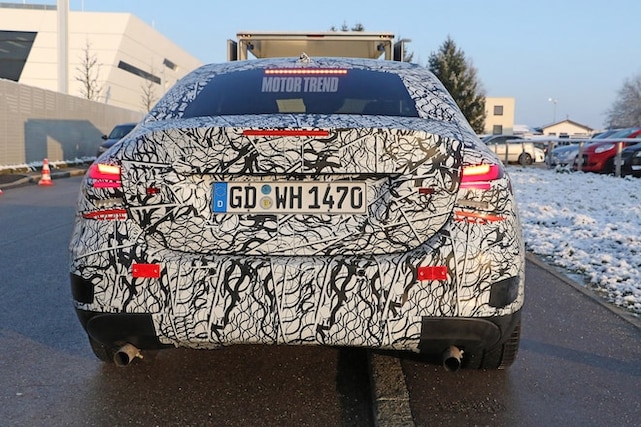 Mercedes hasn't said when it plans to officially reveal the new A-Class sedan, but since it's supposed to go on sale later this year, we should see it soon.

Spied! Mercedes Testing an AMG-Tuned A-Class to Take on the Audi S3
Photo / 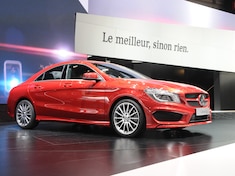