Current M3 production could end this May 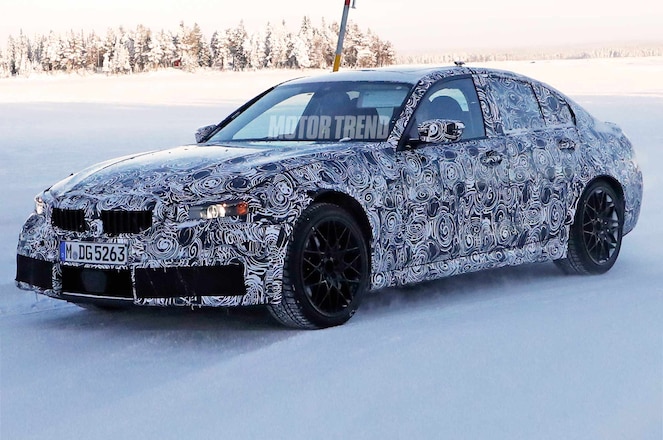 It seems like only yesterday that purists were bemoaning the arrival of forced induction on the BMW M3. Now, the Bavarian automaker is apparently readying the next-gen model.

The next BMW M3 was all bundled up for cold weather testing, so there isn't too much to see yet. From what we can see, however, it doesn't look like much has changed with its general body shape. The sedan maintains the 3 Series' proportions and greenhouse opening, and could very easily be mistaken for the current F80 model. But this mule wears less sculpted exterior mirrors, which probably aren't production, and the hood shape is slightly different. You can also expect updated headlights and taillights underneath all that camo. 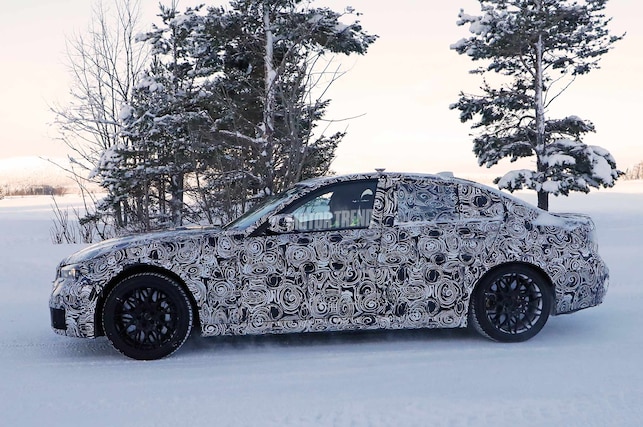 The sixth-generation M3 could be shown at the Frankfurt auto show in September 2019, following the debut of the new 3 Series sometime this year. BMWBlog reports that the current M3 will end production this May in advance of new testing requirements that call for installation of an Otto particle filter by June 2018. This filter reportedly requires a lot of modifications to the exhaust system to get it to fit, and BMW apparently decided to end M3 production a little early instead of making the changes. Production on the M4, however, will continue uninterrupted with the new filter. This makes sense as the two-door variant of the next-gen M3 is expected to arrive later.

Though many other automakers are embracing hybridization in their performance models, the next-gen M3 should continue to use a gas-only powerplant, likely an improved version of the current twin-turbo 3.0-liter inline-six making as much as 500 hp. 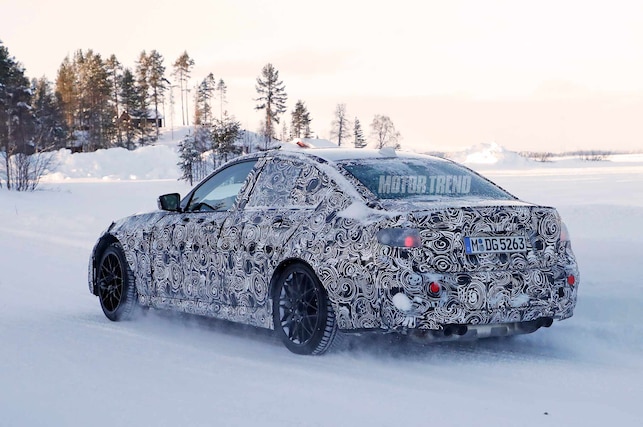