Sources say this was his first successful attempt with a landing that stuck almost perfectly. 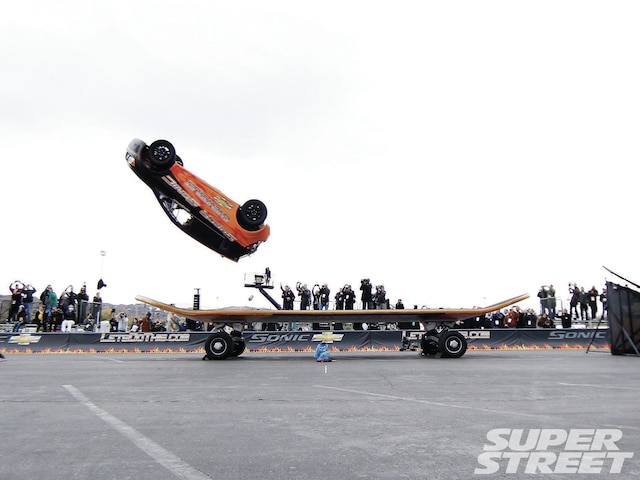 In a not-so-surprising move, skateboarder/MTV star turned motorsport enthusiast Rob Dyrdek took his Chevy “Super” Sonic to the next level of crazy car stunts when he became the first to kick-flip (that’s a 360-degree barrel-roll rotation while in mid-flight!) over the world’s largest skateboard at the Six Flags Magic Mountain theme park in Valencia, CA, this past winter. Sources say this was his first successful attempt with a landing that stuck almost perfectly—so, Ken Block, Rhys Millen, Tanner Foust and any other would-be daredevils, how are you gonna one-up this move? Source: letsdothis.com 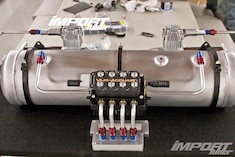