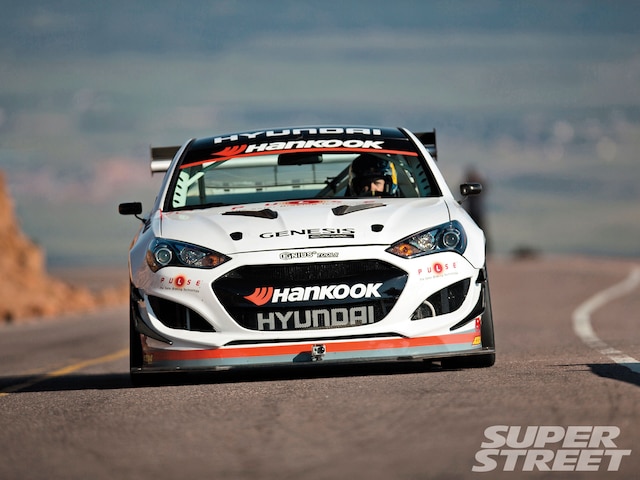 Rhys Millen Racing (RMR) announced its motorsports program with Hyundai was being discontinued after the 2012 Global RallyCross (GRC) season ends. RMR campaigns Hyundais in GRC and Formula Drift. According to the RMR blog: "For the last four seasons, Rhys Millen Racing has proudly represented Hyundai in North American Motorsports. The RMR programs have demonstrated the performance and reliability of the vehicles Hyundai sells everyday. However, following the conclusion of the 2012 Formula Drift and Global RallyCross Championship season, this relationship will come to an end as Hyundai's Marketing Group focuses on new strategies." Hyundai PR man, Jim Trainor, recently made comments that hint at Hyundai's continued involvement in the Pikes Peak International Hill Climb where Rhys, RMR and Hyundai demolished the course record at the 2012 climb. We hope things shake out well for Rhys.