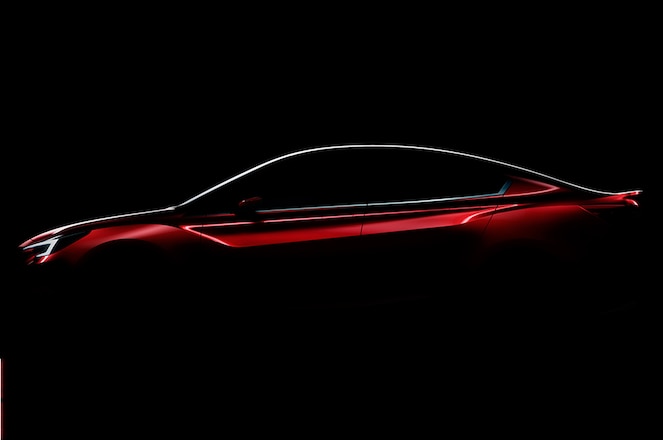 Subaru has previewed a stylish Impreza sedan concept ahead of the Los Angeles auto show later this month.

The Subaru Impreza sedan concept features a flat grille, narrow headlights, and bold new character lines across its body. But considering that Subaru tends to favor conservative designs, it's likely that some of the car's bolder body lines won't make it to production. We spotted a next-generation prototype Impreza sedan on the road, and it looks a bit more modest than this concept. 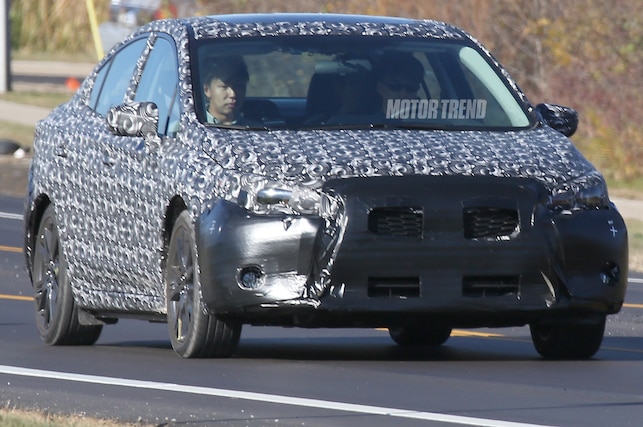 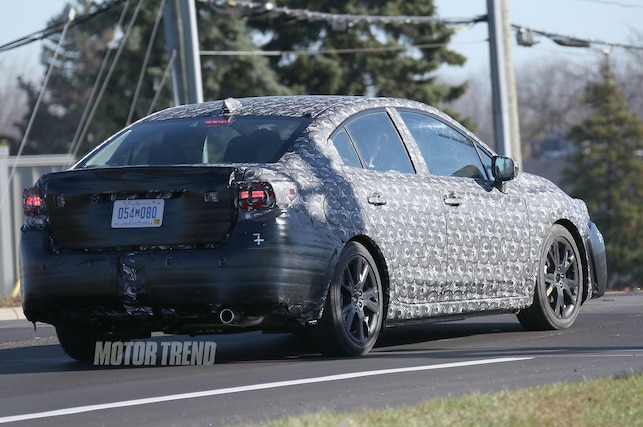 At the Tokyo motor show a few weeks ago, Subaru unveiled the next-gen Impreza 5-Door concept. It's likely that the new Impreza lineup will feature the same low-slung body as this model. However, the LED hawk-eye headlights and three-dimensional hexagonal grille may not make it, considering we've seen these design tidbits before on WRX and Legacy concepts but not on their production versions. 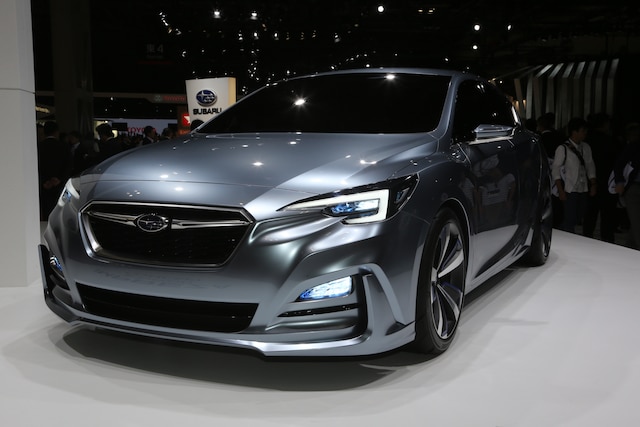 The next-generation Subaru Impreza is expected to debut for the 2017 model year. It will ride on the automaker's new modular platform and will receive an upgraded 2.0-liter boxer four-cylinder engine with direct injection. That engine will likely pair with either a CVT or six-speed manual transmission. The new model is also likely to deliver even better fuel economy than the current Impreza, which tops out at 28/37 mpg city/highway.

The Subaru Impreza sedan concept will make its world premiere on November 18 at the Los Angeles Auto Show.