This is the McLaren 720S GT3 Race Car 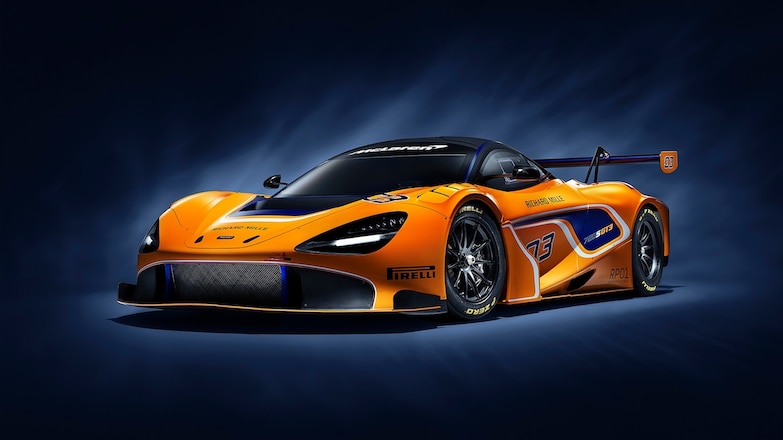 A road-going McLaren 720S is already plenty quick around a race track, so we can only imagine how quick a racing version might be. We'll find out during the 2019 racing season, when the McLaren 720S GT3 makes its competition debut. First announced way back in November, the 720S GT3 has now been fully revealed.

McLaren says track testing for the GT3 is currently underway, and will hit circuits in the U.S. and Middle East before the end of the year. McLaren engineers, working together with tire partner Pirelli, have put race car prototypes through a gauntlet of trials, including 24- and 36-hour torture tests to ensure durability. In total, the two 720S GT3 development prototypes will cover more than 18,500 miles at a variety of tracks before the first cars are delivered to customer racing teams in 2019. 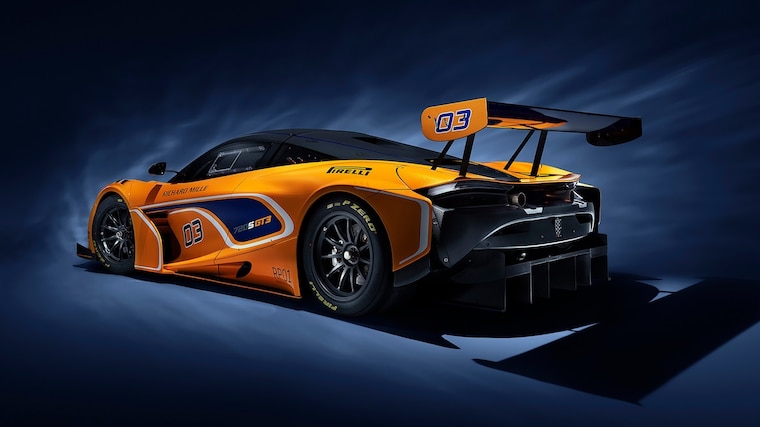 As reported previously, the GT3 is based on the same carbon-fiber MonoCage II monocoque as the standard 720S, but gets unique carbon-fiber body panels that have been optimized for aerodynamics. In addition, the GT3 gets a new splitter, dive planes, and large rear wing. A race-prepped version of McLaren's twin-turbo 4.0-liter V-8 is tuned to GT3-class specifications, but instead of being paired to the road car's seven-speed dual-clutch automatic, the engine is backed by a six-speed sequential gearbox. The race car also receives an externally adjustable Salisbury-type limited-slip differential and racing-spec traction control and ABS systems. All GT3s are left-hand-drive and come with a carbon-Kevlar racing seat with winged headrest, six-point harness, and FIA-approved roll cage. The chassis also has a built-in air-jacking system for quicker pit stops.

The GT3 cars will be hand-assembled at a new dedicated GT racing facility at McLaren's headquarters in Woking, Surrey, U.K. If you want to race a 720S GT3 in one of the various GT3-spec series, you'll need at least $564,000, not including shipping. 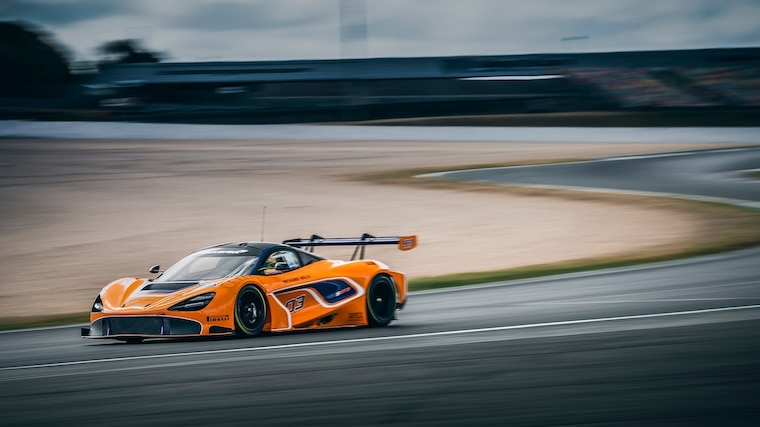