Watch them drift around a Soviet missile base 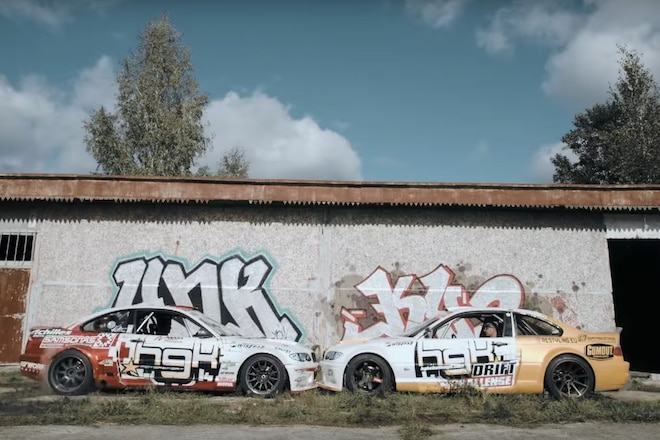 In the latest creation by Donut Media, an abandoned Soviet-era missile base in Latvia serves as a playground for professional drifters Ryan Tuerck, Kristaps Bluss, and Matt Powers, who are wearing region-appropriate attire. According to the group, the trio used an E92 M3 with a supercharged V-8 making 800 hp, an E46 M3 that develops 950 hp from another supercharged V-8, and a twin-turbocharged V-8 350Z at the bottom with just under 800 hp.

As you'd expect, hijinks immediately ensue. The three drivers slay tires with massive burnouts, "ram" each other's cars, perform tandem burnouts nose to nose, drift through overgrown brush and old roadways, slide through a narrow alley of timber, and engage in lovely tandem drifts in what appears to be a an old roundabout.

To top the package off, Powers pulls off an amazing 360-degree drift in the 350Z, which is captured from three different angles.

While we're not sure that the Politburo would have approved of such western capitalistic shenanigans and the misuse of vital materials, we know we'd like to see more.