Head to this special site to snag one – but make it quick, supplies are limited!

Toyota is pulling a page from Oprah Winfrey's playbook and giving its fans a free car poster. Yes, this poster of the 2020 GR Supra isn't quite as valuable (or useful) as an actual car, but it's still pretty rad. It's also something fans of the German-Japanese sports car ought to take advantage of by going to 2020grsupra.com/poster.

The 2020 GR Supra marks the return of the nameplate to the Toyota lineup following the model's more than 20-year hiatus. Like its forebear, the new sports coupe relies on a 3.0-liter inline-six for motivation. Whereas the prior Supra was powered by Toyota's legendary 2JZ engine, the new Supra uses a powertrain sourced from BMW. 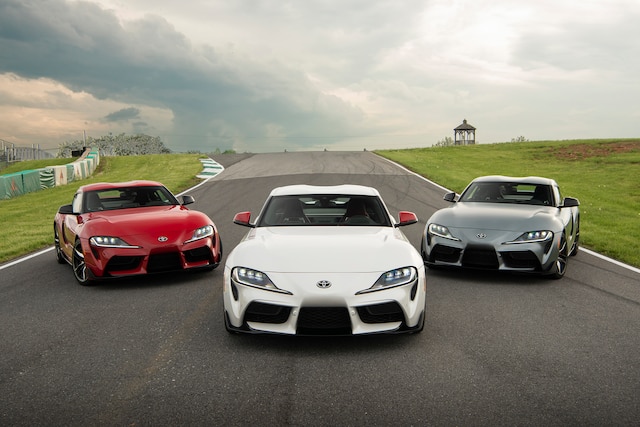 Known as the B58, the turbocharged straight-six blesses the Supra with 335 horsepower and 365 lb-ft of torque, the combination of which allows the rear-drive sports car to hit 60 mph in 3.9 seconds and through the quarter mile in 12.5 seconds with a trap-speed of 111.2 mph in our testing. In other words, the Supra's straight-line performance nearly matches that of the seventh-generation Corvette Grand Sport and its 460-hp V-8 engine.

The Supra's impressive performance comes at a cost, and the model's $50,945 base price means the car remains just out of the realm of attainability for the average consumer. Sure, there's the possibility of a cheaper, entry-level four-cylinder Supra reaching our shores in the coming years, but until then, many fans of the model will have to continue dreaming of the day they can sit in the driver's seat of their very own GR Supra.

For now, Supra Stans with empty pockets will have to make do with this poster (don't worry, those with full pockets can nab a poster, too). Act quickly, though, as Toyota notes supplies are limited. 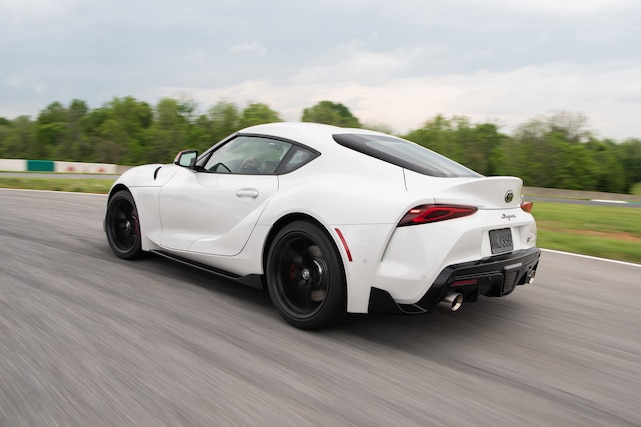 Toyota Is Giving Away an Exclusive Supra Poster
Photo /

Report: Next-Gen. 86 & BRZ to Get a Turbo
SuperStreetOnline features