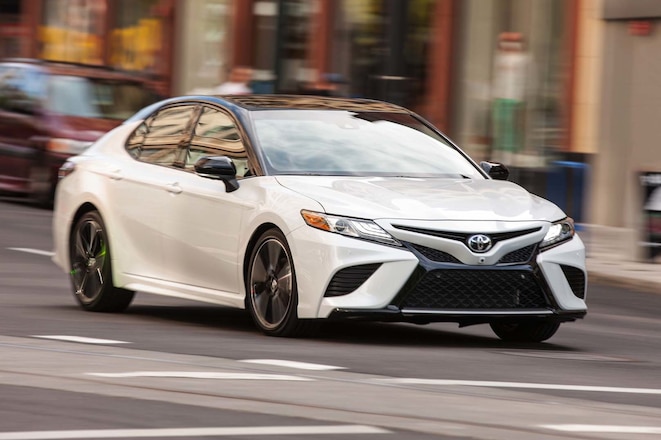 Unlike Honda, Toyota isn't succumbing to turbos. Apparently, Toyota has no plans to reduce engine sizes or fill its lineup with turbocharged engines as a way to boost efficiency. However, all Toyota engines will eventually receive a key technology used on the 2018 Camry's naturally aspirated 2.5-liter four-cylinder, a Toyota powertrain executive in North America says.

Instead of adding turbos or reducing displacement, Toyota decided to improve the Camry's existing 2.5-liter setup. Significant changes in the intake system and the areas of cooling, exhaust flow, and friction reduction allow the Camry to increase thermal efficiency to an exceptionally high level of 40 percent. A big part of the strategy involves revisions to the intake system, including changing the angle of the intake valve, widening the angle between the intake and exhaust valve, and using laser cladded valve seats and modified pistons. With this step, the mixture of air and fuel flows into the cylinder in a swirling motion, which improves power and reduces emissions.

This engine strategy, dubbed Dynamic Force, will make its way across the lineup. It's currently being adapted to V-6 and V-8 engines, and it will also spread to trucks and utility vehicles, according to Ben Schlimme, Toyota Motor North America's powertrain executive program manager for advanced planning and research.

"Dynamic Force is not solely aimed at the 2.5-liter engine," Schlimme said at a recent seminar, reports Automotive News. "We are working to bring it to other segments."

Recently, Honda shifted course on the Accord by adding two new turbocharged engines. A turbo 1.5-liter base engine generates 192 hp and 192 lb-ft of torque, while a 2.0-liter unit makes 252 hp and 273 lb-ft. The 2018 Camry's Dynamic Force engine delivers 206 hp and helps the sedan achieve an EPA rating of 41 mpg on the highway. 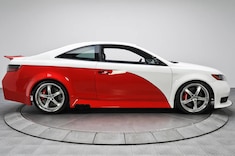 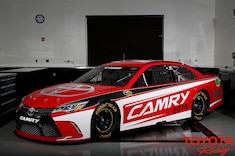 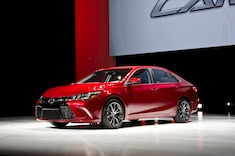 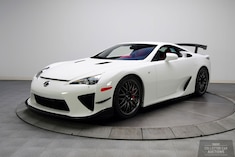 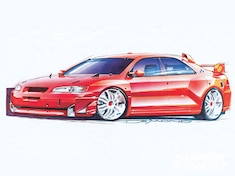