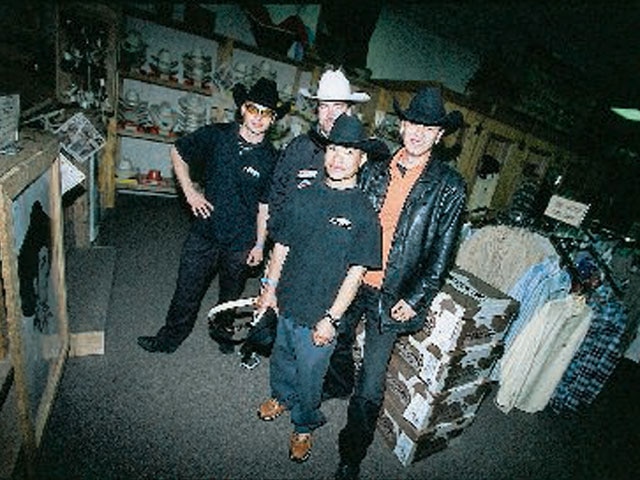 We have gone and done it again; the ol' Trek 2 Texas, a caravan of vehicles driving from California to Texas to attend the World Import Challenge. In 2001, the Trek was OK, but the WIC was the most promising import race ever.

Unfortunately, hurricane Allison dropped a Noah's Arc-like downpour on Houston. Spending a week away from my family and the office along with the disappointment of the rainout had me convinced I'd never do it again. The spring of 2002 brought another Trek; it was one of those situations where you selectively remember only the high points. Things like driving until the crust buildup on your eyeballs blocks your line of sight, having pimps cruise the parking lot of your hotel in an attempt to put his ladies to work, hangovers and eating dinner at 10:30 p.m. were pushed aside by thoughts of comradeship and the calling of the open road.

In 2002, the Trek, with a year's experience under its belt and a cool sponsor like Mazda, promised to be just plain better. But why suffer alone? We needed some interesting cars to take along.

Mazda provided us with two Protg 5s, an MP3 and an MPV support vehicle. HKS kicked down its turbocharged Miata and there were some other neat non-Mazda cars on the list.

I wanted something that really represented Turbo. It was immediately clear-SP Engineering's 2JZ-powered RX-7, the Supra 7. SP's Alex Shen and I had been talking about entering the tuning phase of our coverage and this road trip would provide the perfect catalyst. Alex feels the same way I do about cars. Build 'em strong, pay attention to the details and, most of all, drive them to their potential. He agreed to get involved and the Supra 7 was tuned to 862 hp for the trip . With dealer visits and PR stops, we were looking at 2,000 miles of driving; that's quite a commitment.

The Supra 7 was conceived as a street/strip car, not a long-distance cruiser. This meant race seats, no air conditioning, no fan, no radio-hard service for 2,000 miles. Alex wasn't about to drive all the way to a race in Texas and not make a few laps in the car. The SP dually and trailer became our air-conditioned sanctuary and a support vehicle for some shakedown runs.

The trailer was loaded with an impressive toolbox, spares, racing tires, fuel and so on. This also meant more people, technicians from SP, and more of a burden for SP. It also meant more quality time with Jason Reinholdt and Rex Kieu who I have gotten to know from late-night tuning sessions with the Supra 7.

The Supra 7 didn't miss a beat during the entire trip. It started first try every morning and ran like a champ all day long. There were some compromises at work, as detailed in our Trek article on page 42, but these were not unexpected.

What was unexpected was number of people who recognized the car. A week or so after the Trek, we got a report that sales for Turbo are up 32 percent (all this in a very mean marketplace) which didn't surprise me. When people in Gallup, New Mexico, Sanders, Arizona and other small Southwestern hamlets knew the car as "the Supra 7" I knew something was up. The 7 was the star of the Trek and at every stop it was gang-mobbed the second the hood was raised. Overheard: "We don't see cars like this around here." And the number one comment, "I can't believe you are driving this car all the way to Texas."

One scene was classic: A fan at Houston Raceway Park came up to the trailer and asked, "Can I ask you a question?" And then he was speechless. He looked at the car, looked at us. Gestured to the car, gestured to us. All he could enunciate was a series of undistinguishable grunts and groans, uhhhs and ahhhs; the poor guy's cerebral cortex was short circuiting right there in front of us.

I was tempted to offer him a Red Bull (another Trek sponsor) and escort him to a nearby first aid station but he finally uttered, "Whoa bitchin" and staggered off.

When we drove in the HRP gate, I felt a wave of euphoria. It was two-fold. First was completing the Trek-2,100 miles in an 862-whp car. Second was not having to worry any more. Sure, SP planned to run the 7 down the track; a brave act, considering it had no sway bars. But my feeling was we accomplished our goal; they could crash the car and I still had my story. Sorry guys. This feeling only lasted until the next day when I was again on the anxiety rev-limiter as the Supra 7 made two shakedown passes.

SP got some useful info and illustrated that the car could do a lot more than "Trek" 2,100 miles. I was relieved it didn't crash.

Throughout the five-day odyssey Rex, Jason, Alex and I became a team, we enjoyed each other's company and kept things loose and lively when challenged by long hours on the road and tight scheduling. I got to the point where I was saying 'we' when describing the car; their friendship and the fact I have been present for a good deal of the Supra 7's tuning got the best of me.

Better teammates I cannot imagine; but when it comes to the car, it's all about y'all at SP Engineering. Thanks for keeping the faith...Trek 2003 anybody? 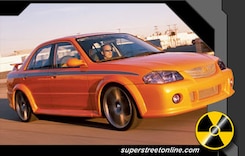