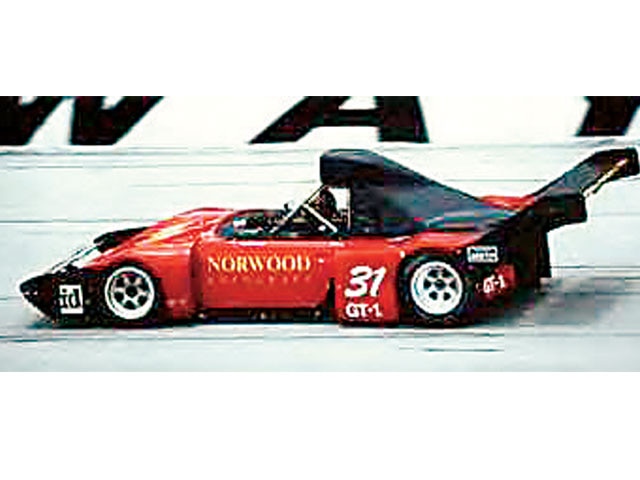 Editor's Note: "Terminal Velocity" is a new column in which we hand the microphone to a renowned tuner; in this case it's Bob Norwood. Norwood's crazy creations have appeared in the Turbo pages on many occasions. His talent goes beyond conceptualization, fabrication and tuning; what sets him apart is the ability to take leading edge ideas and execute them so they work in the real world, on the street, or on the strip. We call him "The Mad Scientist" and look forward to his offerings from month to month.

Alternative ThinkingDuring the last 40-some years I have seen a lot of changes in motorsports in the United States. In 1955 I attended the first NHRA-sanctioned event in Kansas and since then I have actively participated in just about every form of automotive racing as a driver, tuner and team owner.

I am not fussy about what I race; the challenge for me is building and competing in a car that pushes the limits of the rules and is technnologically groundbreaking. People have called me crazy many times, yet I still firmly believe that if you don't go to the absolute limit of the rules then you might as well shoot yourself in the foot. If anything is left on the table, then the car isn't finished. It's still a project. It's as simple as that.

Of course, I have had a few run-ins with sanctioning bodies along the way. Sometimes my interpretation of the rule book does not entirely agree with the author's intentions. Communication is key to prevent this problem. Let's face it, it's not cheap to build a racecar and it certainly isn't cheap to build a car twice because you didn't think about talking to the sanctioning body about what you are doing.

Currently I am building a new Pro FWD Class car for Christian Rado that will be raced under the NORAD racing banner in 2004 (editor's note: the building of this groundbreaking car will be chronicled step-by-step in Turbo). We have set some lofty performance goals for the new car. How does 200-plus mph and sub 7.6-second passes sound to you? To achieve these goals I have had to completely rethink the design of the new car.

I started with the limiting factors that are causing problems for the current crop of Pro FWD cars. The first problem is traction. Most of the Pro FWD cars are using a 10-inch-wide drive tire. I decided to use a tire that is between 14 and 16 inches wide to get the kind of horsepower down to the ground that we will be generating from the NORAD Toyota 3RZ engine. Think about it: a tire that is as big as the rear tires on a Pro Stock car, on the front!

This starting point raises a whole bunch of other issues. First, there's a packaging issue. The front tires not only have to drive the car, they also have to steer and they have to fit within the constraints of the body so the chassis design has to allow for this.

The next issue is horsepower. It takes a lot of power to drive a tire that big without getting tire shake or simply bogging the car down. We have taken Rado's current engine and completely reworked it to raise the performance level. The current WORLD Racing Toyota Celica generates around 1,000 hp at the wheels. With our version we expect to see more than 1,200 hp at the wheels from just under 3 liters.

To make this happen we have completely redesigned the cylinder head. We started out by welding the existing ports and combustion chambers. Effectively, this gave us a blank stock casting. Next the ports were centralized behind the valves and raised substantially to direct them at the rear of the valves. These measures have increased the flow by at least 20 percent across the range. The stock block was also heavily modified to lose some weight and simplify the oiling and cam drive systems.

Now we have lots of rubber on the track and a bunch of horsepower. The next issue has to be the transmission and driveline. The current choices of transmissions available to Pro-FWD competitors are simply not up to the task. Breakages are all too common, and shifting is touch and go at best.

So I developed an air-shifted Lenco-based transaxle. We have mated a five-speed Lenco with a Funny Car-style 9-inch rear end that drives the front wheels. Now we have bulletproof, lightning-fast shifts and the ability to tune the shifts to avoid shocking the tires. It's an answer to an issue that plagues every competitor; all you have to do is think outside the box.

The innovations I have outlined here are the tip of the iceberg. I am sure that a lot of heads will be scratched when we arrive at the first event of the 2004 season. Is it legal? Of course it is, it's just a matter of taking the rule book and going as far as you can.

You have to be innovative and you have to be prepared to go out on a limb. Sometimes you get it wrong and have to swallow your pride and go back to the drawing board...such is the price you pay for pushing the limits.-Bob Norwood.

Banning BobThe Porsche Club road racing rules during the mid-1990s were nonspecific at best. The class I was interested in was the fastest and it specified that you had to run a Porsche engine and transmission. The rules also stated that the front and rear shock towers had to be used, as well as stock doors and rocker panels. The whole idea of the rule structure was to ensure the cars remained production based.

As it was, most of the cars competing were heavily modified 911s. It's a great car, but not what I had in mind!

We started out with a stock 911 chassis and removed everything except for the parts specified in the rules. Then we constructed an Indy Car-style chassis around the remains of the 911. The finished car, christened "Doom II," featured an F1-style rocker suspension, a heavily modified rear-mounted, watercooled 968 four cylinder that made 900 hp on race gas, and a Porsche 911 transaxle. Doom II also featured a one-of-a-kind carbon body, active aerodynamics and ground effect tunnels.

When we unveiled the car at the first event, the Porsche faithful were astounded. First of all, we had committed the unforgivable sin of chopping up a perfectly good 911 and turning it into something that was a million miles away from what the established racecars looked like.

Secondly, we had effectively built a car that was closer to an Indy car than a street-based Porsche racecar.

And third, we were in another league as far as performance goes. The first time out with Tom Stevens behind the wheel, we lapped everyone else in the race and blew away the lap record by 8 seconds. That's light years in road racing.

Needless to say the rules were changed quickly and we were politely asked to take the car home and not bring it back again. It still sits in my storage unit to this day.