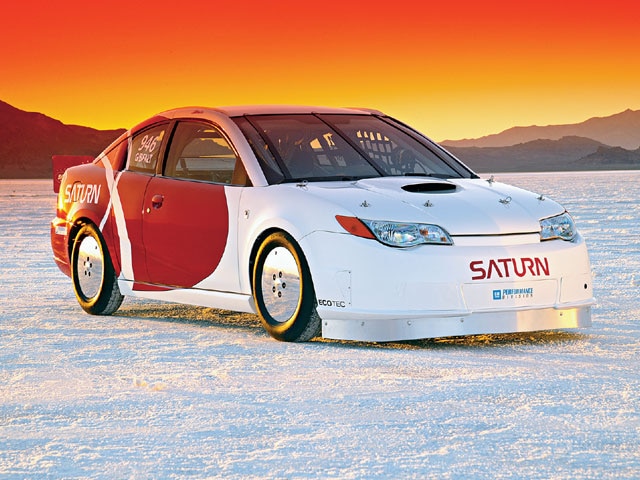 Garrett To Sell Turbo Kits OnlineIt was only a matter of time before Garrett, the largest turbocharger manufacturer in the world, developed an extensive range of turbo kits for the aftermarket. Utilizing its GT ball-bearing technology, Garrett will be introducing full turbocharger kits for many different makes and models in 2004 that you'll be able to order online at turbobygarrett.com.

Scion Goes Nationwide In Early 2004 Scion, the youth-marketed division of Toyota, announced it was expanding its domain from California-only to nationwide in 2004.

After kicking off with the boxy xB SUV and having a successful initial offering, Scion has added the xA, a small four-door hatch and announced plans to open dealerships across the nation.

TRD has joined the fray, offering a number of uprades for both of the sporty Scion models (the TRD xA is pictured). Look for more TRD parts, maybe even upgrades for the 1.5-liter four-cylinder engine, and a new Scion, the xC, rumored to be a mini Matrix, in the near future.

Saturn's New Ion Red Line Quad CoupeSaturn's new ION Red Line quad coupe raced into the record book at 212.684 mph at the Bonneville Salt Flats on Oct. 17, 2003 in the G/Blown Fuel Altered Class. The record-setting Saturn, which is based on the new factory-built ION Red Line sport compact and powered by a turbocharged 2.0-liter Ecotec four-cylinder engine, eclipsed the previous 183.086-mph record set in 2001 by a Honda Civic.

"To set a speed record with the Saturn ION Red Line in our first competition was a tremendous accomplishment for the entire GM team," says Minneker. "The ION Red Line coupe and the Ecotec engine ran like clockwork. This package has tremendous potential. I wish we could run at Bonneville again next week. I'm confident that we could raise the bar even higher." The success of the ION Red Line at the Bonneville Salt Flats was the result of a total team effort.

The Saturn ION Red Line is a serious performance car, capable of achieving record-setting speed with the same basic architecture.