A tribute to Pininfarina with a sticker worthy of a king 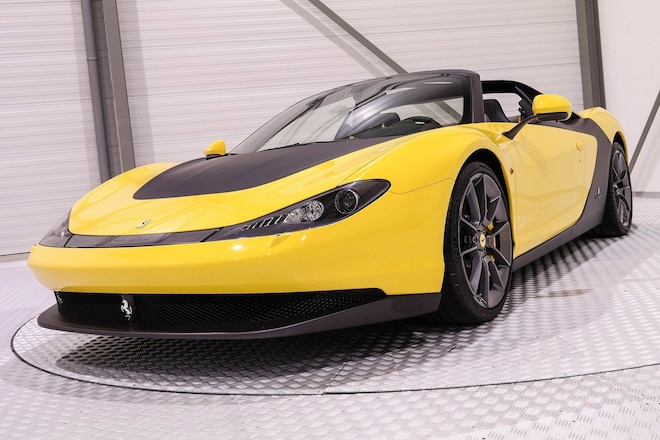 At the 2013 Geneva Auto Show, Pininfarina unveiled a radical convertible concept dubbed the Sergio. Named after the famous design house's eponymous founder, who had passed away less than a year prior, the concept would go on to see a six-car production run—with all examples going to hand-selected buyers. Now, for the first time, a Sergio—the first of the six—has hit the open market.

Based on a Ferrari 458 Speciale, the Sergio features a 597-hp naturally aspirated V-8 coupled to the Italian manufacturer's competent dual-clutch automatic, allowing the supercar to hit 62 mph in just 3 seconds. The interior is finished in black leather, yellow contrast accents, and Alcantara lining the seats. Additionally, the car comes with a complement of Sergio-branded luggage.

The exterior, however, is where Pininfarina was truly able to show off the design house's ability to sculpt beautiful shapes. Finished in Giallo Modena (yellow) and bare, matte carbon fiber, the Ferrari Sergio features a heavily reshaped fascia, including a new hood, headlights, and carbon fiber splitter. At the rear, the Sergio also gets a fully redesigned tail, including an integrated dovetail spoiler and carbon engine cover. 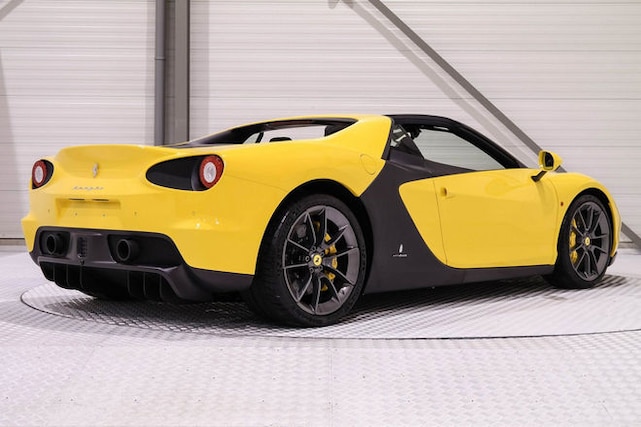 What you couldn't get with the Ferrari Sergio, however, is a roof. As you can see, the Sergio is roofless—and we wouldn't have it any other way. It gives the driver a front-row seat to the orchestral symphony that was the last-generation naturally aspirated Ferrari V-8. Completing the exterior is a set of one-off set of rims that accentuate the car's unique look.

According to the dealership selling the very rare Ferrari, only 73 miles have been put on the Sergio since it was delivered to its owner in 2015. And while the car signified the unfortunate passing of an automotive icon, Ferrari didn't consider the Sergio an ending. Rather, "The Sergio's design was never an end in itself, but is a marriage of function and aesthetics," the automaker said in a 2014 release.

Now, the unfortunate news. When the Sergio was launched, the six initial buyers paid somewhere north of $1 million. However, now, just two years later, the asking price has risen by a factor of five to a staggering $5.1 million.

So, shall we pool our money and start a time share-style deal? We get the Sergio every first Thursday, you get it every second Wednesday, and we'll figure the rest out later. Or, if you happen to be a member of the three-comma club, you can have your assistant put in an inquiry for the Netherlands-based cartoday.