One-off has 395 hp and a fancy new design 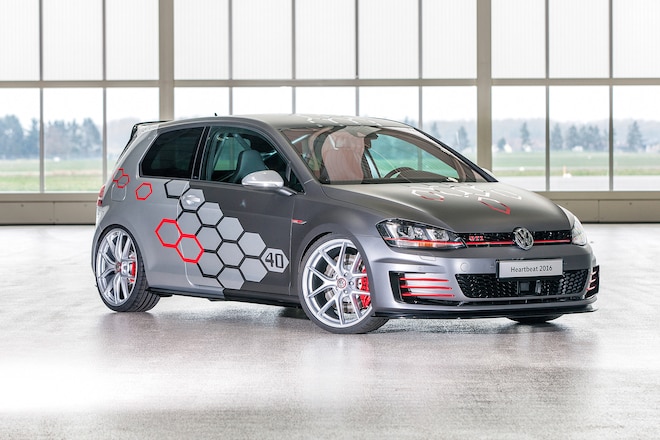 Like most college-age kids, we would be willing to bet you took on an internship or first professional job that might not have been exhilarating, but at least provided experience. But we bet you're jealous ofthisgroup of Volkswagen "apprentices," who revealed an insanely cool Golf GTI concept at this year's Wrthersee VW gathering in Austria.

The Golf GTI Heartbeat is the culmination of development work from a team of 12 "trainees" from Volkswagen. The two-door hatch packs a large number of custom features under the skin, including a massive power bump to 394 hp. Strangely, no details were provided on the mysterious power bump, but we imagine it involves larger turbochargers, ECU retuning, plus modifications to the intake, exhaust, cooling, and transmission. 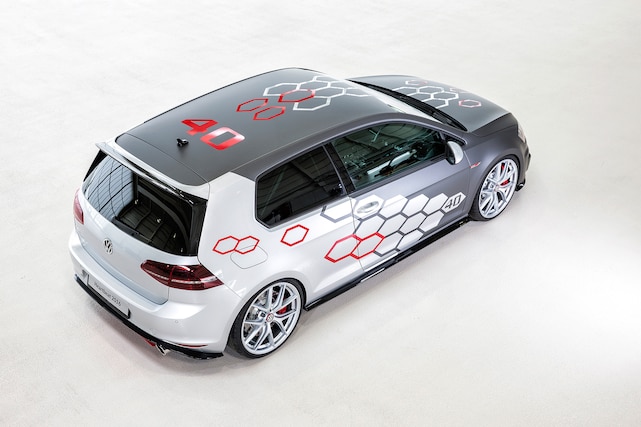 On the outside, the GTI Heartbeat receives a visual boost with a handsome honeycomb graphic design, along with a matte gray finish and a smattering of "heartbeat" designs. New 20-inch wheels match well with the GTI Heartbeat's aggressive bodykit.

In the interior, the front seats have been replaced with two aggressive folding bucket seats from the recently debuted GTI Clubsport S, accentuated with the honeycomb pattern and an embroidered "40" on the headrest. Around the back of the cabin beats a 1,360-watt seven-speaker sound system, featuring LED lighting and engraved glass covers.

A second Wrthersee car debuted alongside the Heartbeat GTI as well. A Golf R provided the base for the "Performance 35" concept, with "35" referring to the uber-hatch's power output of 350 PS, or 345 hp. The exterior and interior feature a few visual upgrades, along with a 2,500-watt sound system.

Looking to pick up a GTI Heartbeat of your own? Well, sadly, like every otherWrthersee concept, the Heartbeat is destined to remain a one-off design study.

Take a look at the twoWrthersee project cars in the photo gallery below.