Electric VW becomes quickest car ever to ascend the hill 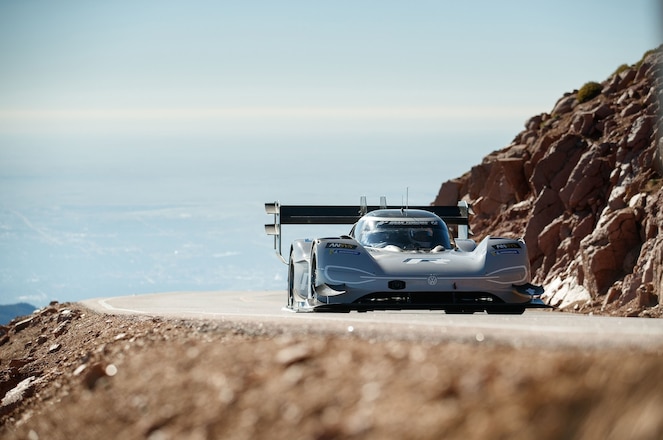 In a series of firsts this weekend at the Pike's Peak International Hill Climb, both Volkswagen and Bentley set new records in their respective race classes.

The all-electric Volkswagen I.D. R, piloted by Romain Dumas, ascended nearly 5,000 feet and around 156 turns in a scant 7 minutes, 57 seconds. That makes it the quickest electric car, and the quickest car to ascend Pike's Peak, period. Dumas, who is a Porsche factory driver and has scored multiple wins at the 24 Hours of Le Mans and the 24 Hours of N rburgring, shattered the previous record by 16 seconds, set by Sebastien Loeb in 2013. This run also marks the fourth time Dumas has won at Pike's Peak.

The I.D. R, which at 2,400 pounds is roughly the curb weight of a Toyota Yaris, rocketed up the course powered by two electric motors generating 670 hp (more than six times the horsepower of a Yaris). In the event of a race restart, the I.D. R is also capable of recharging in under 20 minutes.

In the production SUV class, the Bentley Bentayga set a record-breaking run of 10 minutes, 49 seconds. Rhys Millen, noted Global Rallycross champion and another winning Pike's Peak veteran, maintained an average speed of over 66 mph in the 600-hp Bentayga during the climb. 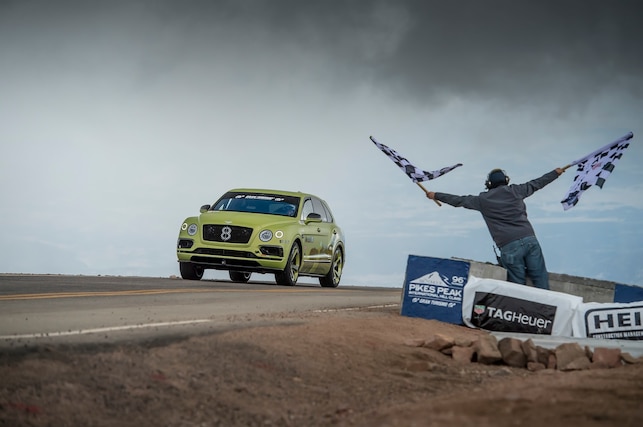 Inside the Bentayga, the stock interior was minimally modified in order to comply with safety rules. The front seats were replaced with racing shells, while the rear seat was removed entirely. A roll cage and fire suppression system were also installed.

To commemorate this win, Bentley is producing a limited run of ten Pikes Peak Bentaygas featuring gloss black trim, two-tone 22-inch wheels, and Pike's Peak branding on the fenders and carbon fiber fascias. Sadly, the roll cage and racing seats from the winning vehicle will not be offered. 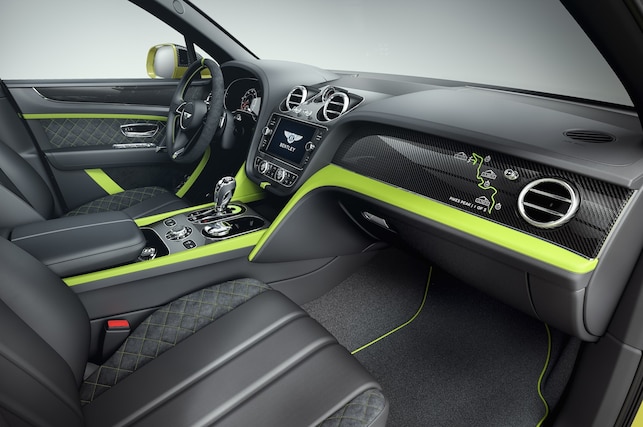 The historic race, which has been held 96 times since 1916, has seen its share of changes over the years. Most notably, the road surface has been transformed from a fully dirt course to 100 percent pavement. Next year's event will be held on June 30, 2019. 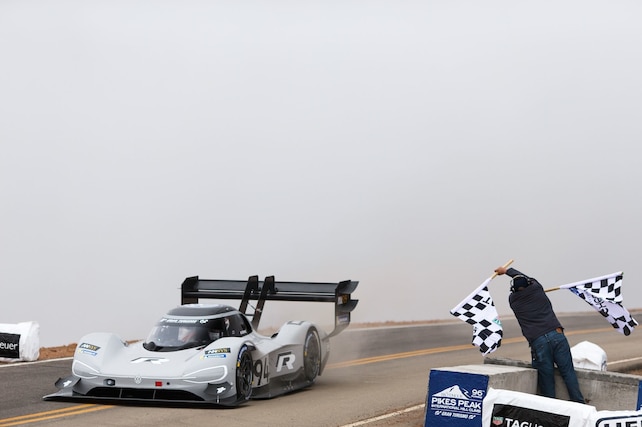