Engine will start appearing in Volkswagen vehicles this year 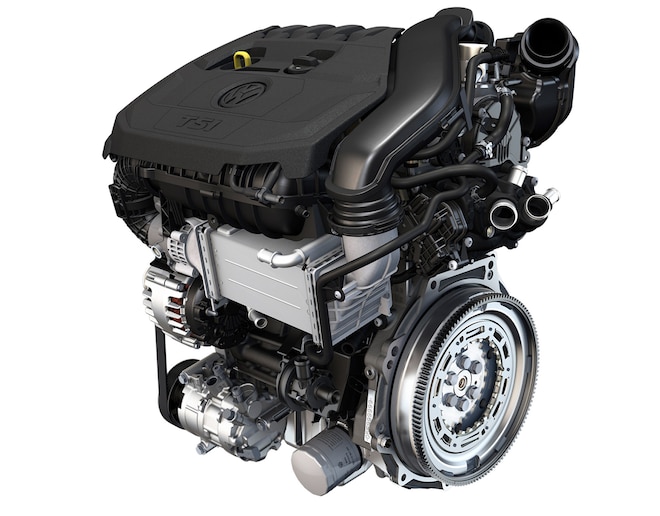 Volkswagen used the 377th Vienna Motor Symposium as the stage to introduce a new turbocharged gasoline engine dubbed the EA211. Set to arrive in late 2016, this engine is the first of VW's next-generation gasoline mills.

With a displacement of 1.5 liters, the EA211 has a small turbocharger to deliver plenty of torque from as low as 1,300 rpm, and is said to provide improved fuel economy. Volkswagen is using an exhaust gas turbo with a variable turbine geometry that's electrically actuated. The engine features direct injection, a 12.5:1 compression ratio, an integrated exhaust manifold, and cylinder deactivation. Two versions will initially be available: a 129-hp version and a more powerful variant with 134 hp.

Thermodynamic efficiency has also been improved in the EA211 thanks to it running on the Miller cycle, where volumetric efficiency is lower compared to an engine with conventional valve timing. The exhaust gas turbocharger also helps provide high turbine output and charge pressure from low speeds, which helps improve the engine's responsiveness. Volkswagen says that compared to the 1.4-liter turbo-four it will eventually replace, the EA211's step change in load to maximum torque is 35 percent faster.

Volkswagen's fourth-generation direct-injection system will also be applied for the first time in the EA211, and it has been optimized to increase injection pressure to 350 bar. As a result, the mixture formation has been improved and has led to a significant reduction in particulate emissions. The injector tip's diameter has also been reduced to 6 mm, helping improve integration into the combustion chamber, improve stiffness, and reduce temperatures at the injector plate.