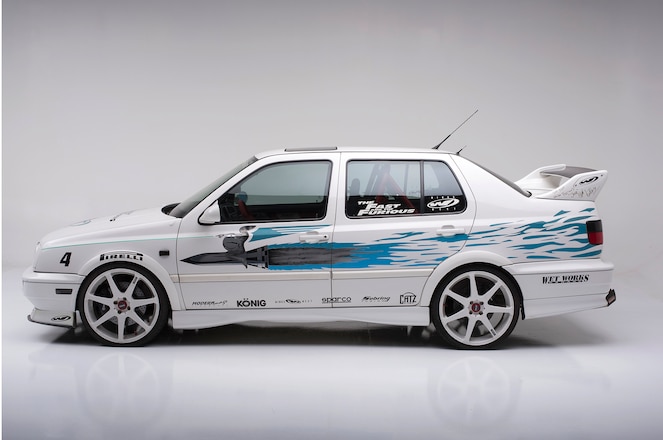 The modified 1995 Volkswagen Jetta from the original "The Fast and the Furious" movie is going to auction.

In the film, the car was driven by Jesse (Chad Lindberg) who was the mastermind behind Dominic Toretto's (Vin Diesel) automotive tuning shop. The car belonged to Jesse's father who was incarcerated.

Despite its visual enhancements (custom headlights, body kit, stickers, spoiler, wheels), the Volkswagen Jetta is powered by a naturally aspirated 2.0-liter four-cylinder hooked up to an automatic transmission. Under the hood, the car features lots of custom detailing and is plumbed for a nitrous oxide kit. Inside, the Jetta features a custom stereo including a PlayStation 2 game console.

Although the car is said to be unchanged since its movie debut, the accompanying images reveal that the car now features brake calipers, which are missing in shots of the car from the scene where Jesse lines up to race Jonny Tran (Rick Yune) in his modified Honda S2000 at Race Wars.

The modified 1995 Volkswagen Jetta is signed by the late actor Paul Walker, who played Brian O'Conner; along with Lindberg and the movie's director Rob Cohen. The car is currently owned by celebrity Frankie Muniz. The former "Malcom in the Middle" star has decided to sell the car after owning it since 2002, so nobody can say, "Too soon, Junior."

The car is being offered for sale at Barrett-Jackson's Scottsdale 2016 auction being held from January 23-31, 2016. Though it may not be as iconic as the Toyota Supra from the film, the Jetta is a part of the franchise's history that will definitely pull a premium before Race Wars. 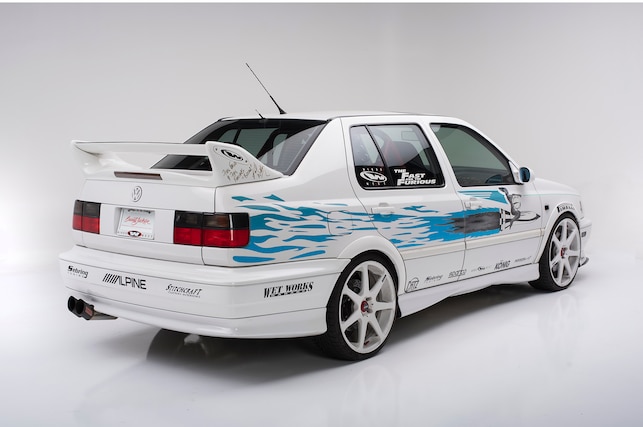