Wider, lighter, and more powerful than before 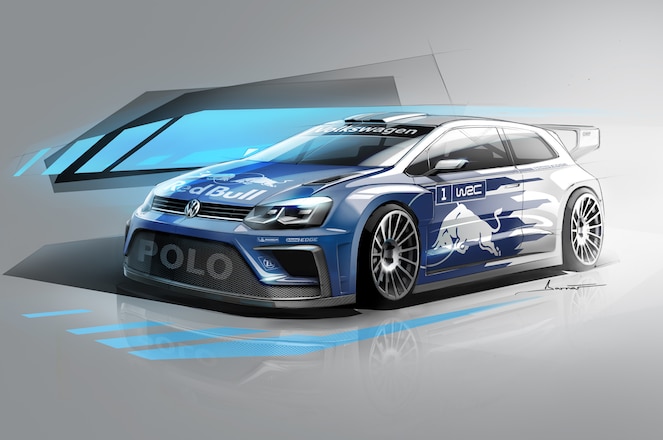 Volkswagen has released a new sketch of its upcoming entrant in the 2017 FIA World Rally Championship (WRC) season. The new Volkswagen Polo R WRC rally car is said to be more powerful than the current car.

Power for the new Polo R WRC rally car is rated at 375 hp or 60 hp more than the current race car. The new car, which has been under development since summer 2015, will also be lighter, wider, and more aerodynamic thanks to the updated International Automobile Federation (FIA) regulations for the 2017 race season.

''The 2017 WRC regulations include many spectacular technical innovations for the World Rally Championship,'' said Volkswagen Motorsport Director Jost Capito, in a release. ''The World Rally Cars of the future will incorporate all the experience that teams have gained in recent years. They will be considerably more dynamic, whilst at the same time being safer.

"As usual, we are working painstakingly on the development of the next generation of the Polo R WRC. The key between now and the start of next season is to achieve the best possible prerequisites to allow the 2017 Polo R WRC to be as successful as its two predecessors.''

The new Volkswagen Polo R WRC is nearly 2.0 inches wider, while the overall length can now be as short at 153.5 inches. The new regulations lower the minimum vehicle weight limit from 2,645 pounds to 2,590 pounds. Volkswagen claims the new car is 55 pounds lighter than the outgoing car.

Aerodynamic changes include a wider front spoiler and larger rear wing. The 60-hp boost is made possible by enlarging the air restrictor from 33 mm to 36 mm. Other drivetrain changes include a new electronic center differential.

In the U.S., Volkswagen campaigns 544-hp Beetle GRC cars in the Global Rallycross Championship (GRC) series. Those cars use the same turbocharged 1.6-liter TSI I-4 as the Volkswagen Polo R WRC race cars. 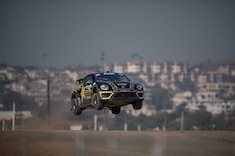 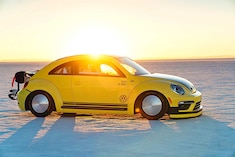