Home  |  Features  |  News  |  Volkswagen up! GTI Is About Agility, Not Power
Subscribe to the Free

GTI returns to its roots 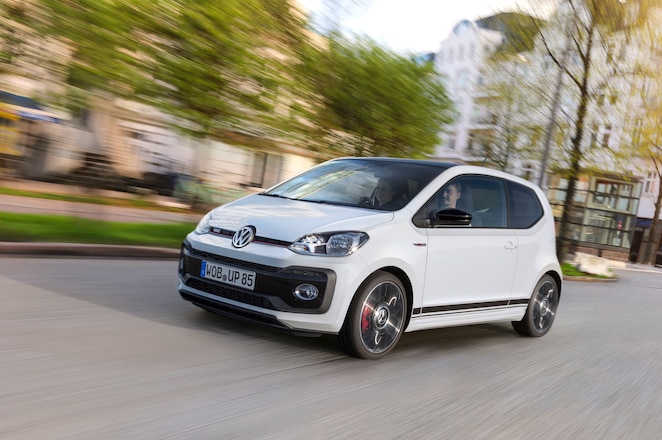 In honor of the original Golf GTI that debuted four decades ago, VW is spreading the GTI love to a new model. Unfortunately, that model is the up! city car, meaning we'll likely never see this GTI variant in the U.S.

The Volkswagen up! GTI concept isn't nearly as quick or as powerful as the GTI we all know and love today. In our tests, the current-generation VW Golf GTI hit 0-60 mph in as little as 5.7 seconds when equipped with a six-speed manual transmission, but VW estimates the up! version will take 8.8 seconds to reach 62 mph. And instead of producing between 210 and 220 hp, the Volkswagen up! GTI makes just 113 hp from its small turbo engine. 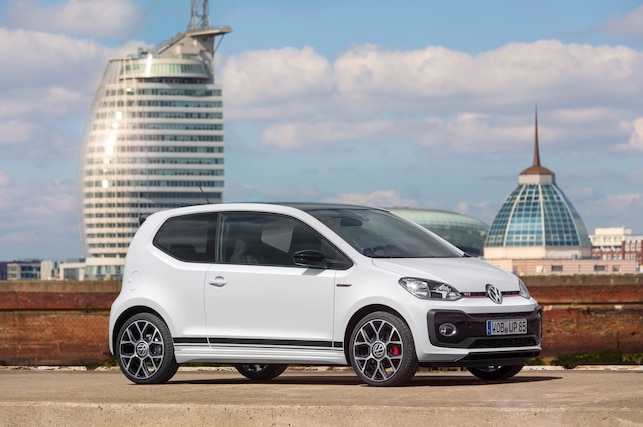 Look closely at the numbers, and you'll see the up! GTI has much more in common with the 1976 model, which made 108 hp and hit 0-62 mph in a VW-estimated 9.0 seconds. The two feature similar dimensions, and top speed varies just slightly from 122 mph on the up! GTI to 113 mph on the old Golf GTI. Although not quite as light as the original, the new model weighs a respectable 2,198 pounds. With a smallbody and a healthy 170 lb-ft of torque, the up! GTI prioritizes go-kart agility over power.

Cosmetically, the modelreceives the GTI visual cuesincluding red striping up front in addition toblack striping on the sides and back. It also gets redesigned 17-inch alloy wheels, a larger roof spoiler, a special GTI logo, and a slightly lower ride height over the standard model. Inside the cabin, you'll notice aleather-trimmed steering wheel, seats with theiconic "clark" pattern, and more GTI badging. It reminds us a bit of the#PinkBeetle sold here in the U.S. 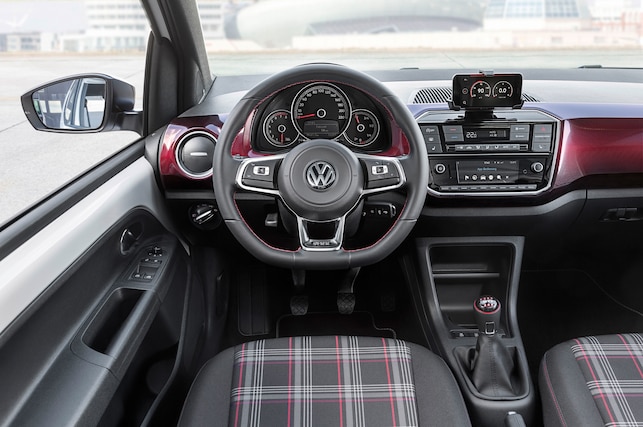 The carwill debutat the GTI Meet at Lake Wrthersee later this month. Although it's just a concept for now, VW says a production version will go on sale in early 2018. Exterior color options will include red, white, silver, black, and blue.

Watch the hotted-up hatch racethe original GTI in the video below. 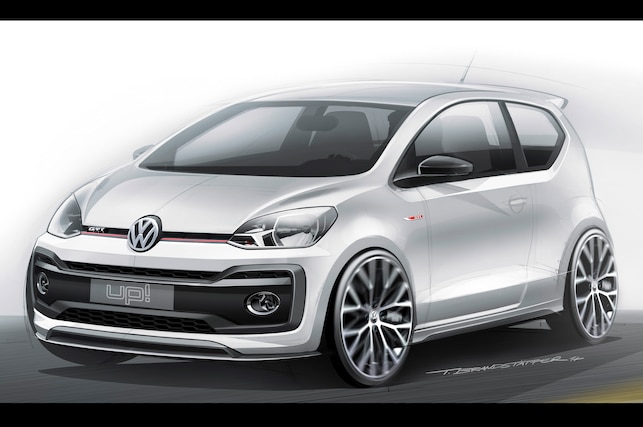 Volkswagen up! GTI Is About Agility, Not Power
Photo /