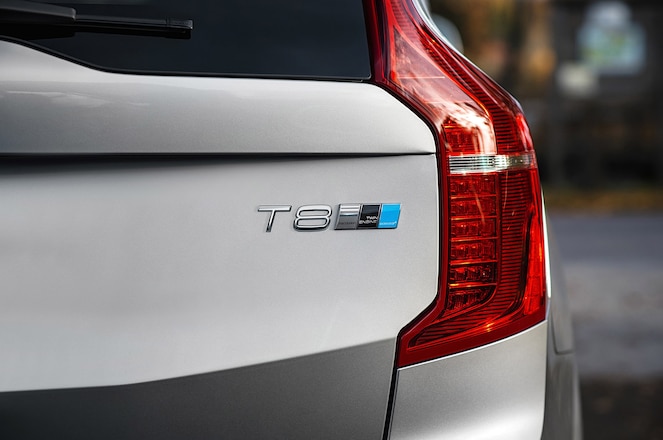 In the XC90 T8 PHEV, Volvo says that the plug-in hybrid powertrain now makes 415 hp and 501 lb-ft of torque, up from 400 hp and 472 lb-ft, making it the most powerful Volvo vehicle currently available. The automaker also says that the increase in power and torque won't negatively affect the car's fuel economy and its EV mode range, which is frankly amazing. Volvo also says that the XC90 T8's 0-62 mph time has been reduced to 5.5 seconds from 5.6 seconds. 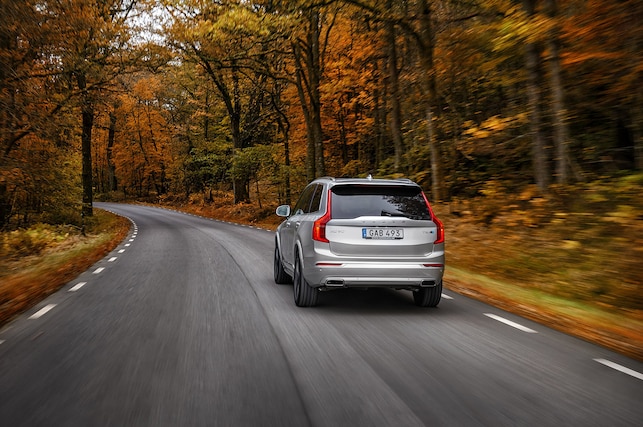 This upgrade also potentially previews the upcoming Volvo XC90 Polestar, which would be a full-on smurf-blue performance SUV in the same vein as the V60 and S60 Polestar. Volvo has said that the twin-power engine alone will make at least 350 hp, so there's no telling how crazy the XC90 could go with added electric muscle. We've heard Polestar versions of the related S90 and V90 could make up to 600 hp.