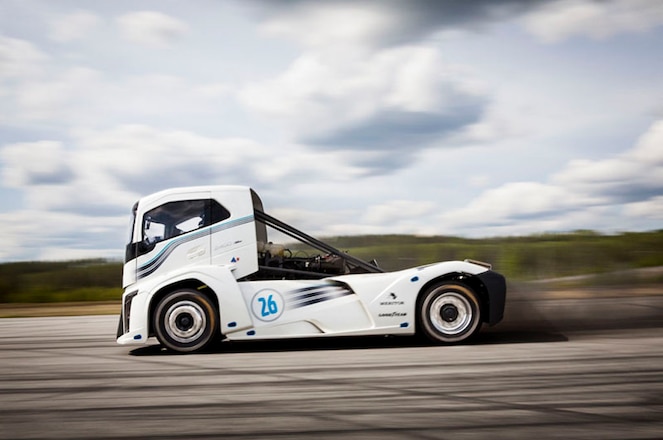 In 2012, Volvo unleashed a 2,100-hp "Mean Green" commercial truck that broke world speed records in the Flying Kilometer and Standing Kilometer runs. Now, Volvo is back with an even more powerful truck that continues the record-breaking tradition. 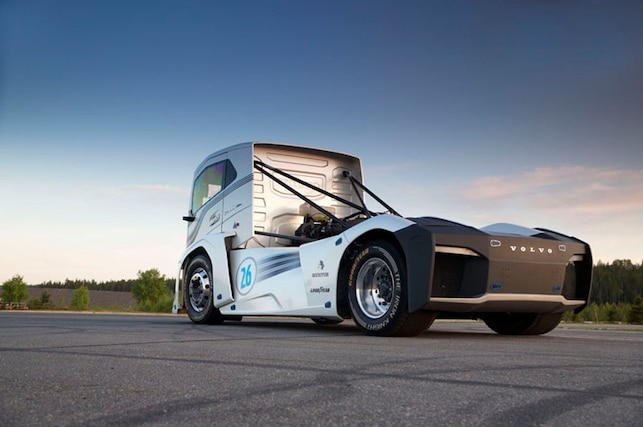 To achieve the new records, the "Iron Knight" packs a mid-mounted diesel engine modified with a water-cooled intercooler and four turbochargers, producing 2,400 hp and 4,425 lb-ft of torque. It weighs significantly less than the previous "Mean Green" at 4.5 metric tons, and has minimal electronics so as not to add precious pounds. Perhaps more impressive, it uses the same gearbox fitted to series-manufactured Volvo FH trucks. Other features include a fiberglass cab and large air intakes on the side skirts. 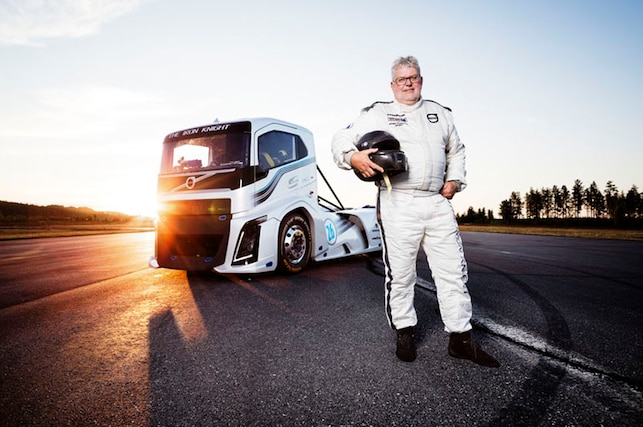 The man piloting the truck to its record-breaking speed was Boije Ovebrink, a truck racing veteran who has beaten five speed records. He also drove the "Mean Green" a few years ago when it broke its records. The new record runs are currently being reviewed by the FIA international motorsport association.

Watch the video below to see just how fast the world's fastest truck can go. 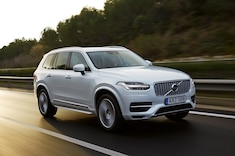 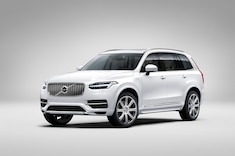 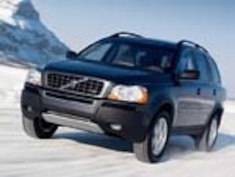 Get a first look overview of the 2003 Volvo XC90, one of the first crossover vehicles, from European Car Magazine