Watch a Ferrari F40 Drift in the Snow (W/Video) 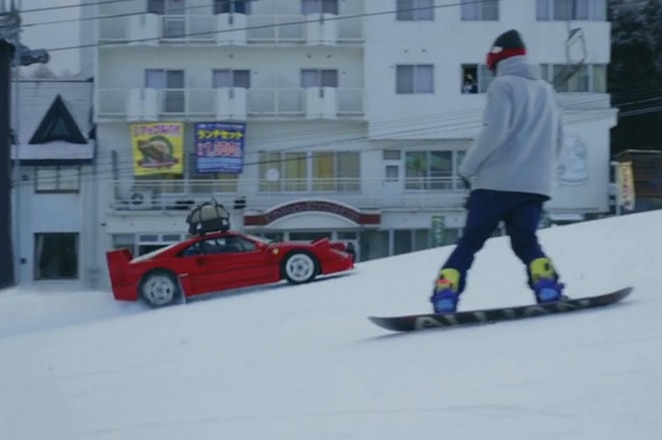 There's something wildly entertaining about seeing a supercar taken out of its natural habitat (Fiorano or Rodeo Drive are two examples) to another, completely different setting. We did it with our "long-term" Lamborghini Huracan (#MTLambo) and now the folks at Red Bull have done the same, albeit with a far more expensive and rare Italian supercar -- the Ferrari F40.

Red Bull Japan recently released a documentary titled "A Day in the Life" featuring an F40 that heads to "Snow Camp" at the Ryuoo Ski Park in Japan. The video kicks off with driver Takeshi Kimura putting on his winter gear and eating breakfast before being greeted by a Ferrari F40 in the garage. He then straps luggage on the F40's roof rack and heads to the snow.

Once he encounters white stuff on the ground, he preps the red Ferrari by swapping in studded tires and strapping on snow chains to the rear wheels. Now equipped with proper shoes, the F40 is seemingly unstoppable in the snow, speeding up the mountain and drifting through the hairpins alongside skiers and snowboarders.

A pot of hot ramen by a campfire awaits Kimura at the end, but only if he pilots the F40 up the mountain unscathed. Watch the Ferrari F40 shred some fresh powder below.

Watch a Ferrari F40 Drift in the Snow (W/Video)
Photo /